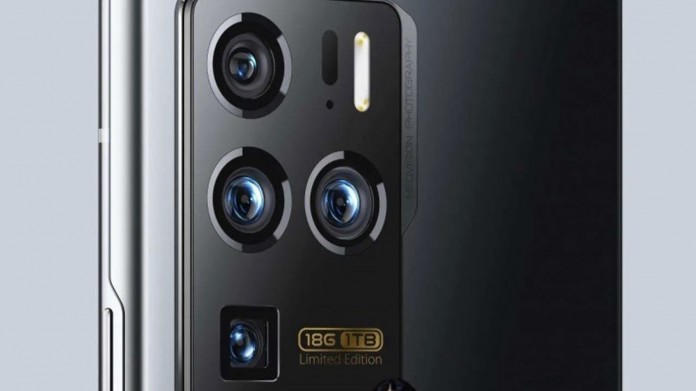 Continuing its activities in the shadow of US sanctions, ZTE introduced the Axon 30 Ultra Aerospace Edition model with 18 GB of RAM.

ZTE is one of the companies that continues its activities under the shadow of US sanctions like Huawei. The Chinese manufacturer has appeared in front of users with the Axon 30 and Ultra models, which use under-screen camera technology in the past months.

The company has been on the agenda lately with the claims that it will introduce a new version of the Ultra model of the series with high-end features on the memory side. Recently, these rumors turned out to be true and the ZTE Axon 30 Ultra Aerospace Edition was showcased. Here are the features and price…

What does the ZTE Axon 30 Ultra Aerospace Edition offer?

As it is known, the ZTE Axon 30 series is already separated from other models in the industry in terms of RAM and storage. At this point, the company states that it has achieved a first in the world with the newly introduced version, 18 GB RAM and 1 TB storage configuration. So what are the other features of the device?

ZTE Axon 30 Ultra Aerospace Edition has a 6.67 inch FHD+ resolution AMOLED panel. At the same time, the panel has a 144 Hz refresh rate and HDR 10+ support. The smartphone is powered by a 4,600mAh battery that supports 66W fast charging, which can be charged via USB-C. It runs Android 11 based myOS 11 interface right out of the box. Finally, the device has dual-band GPS, NFC, Wi-Fi 6E and triple microphone support.

As the name suggests, the device adopts the space theme. While ZTE states that the main purpose of choosing this theme is to praise the spirit of space exploration and Chinese astronauts, we come across a mixture of black and gray. On the other hand, there are some surprises in the box, such as the case made of carbon fiber.

The smartphone went on sale with a price tag of $ 1,095. Since the special edition phones of Chinese companies do not usually come to global markets, it should be noted that this device is probably only released in China.