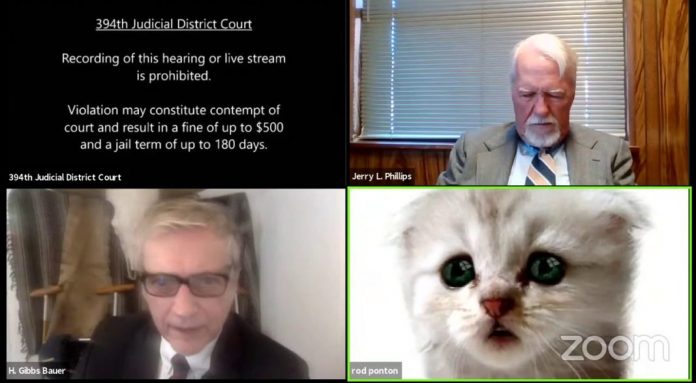 The virtual court held this week in the 394th District Court of the US state of Texas witnessed an interesting scene. Lawyer Rod Ponton appeared like a cat on screen for a while because of his Zoom filter.

While the judge warns Ponton, who does not realize that he looks like a cat, it is not overlooked that the other lawyers who attended the court in the video of the incident made a serious effort not to laugh.

Filters in the zoom also reflect the movements of the users behind it. For this reason, it can be said that the image of Ponton trying to turn off the filter also increases the dose of comedy a little. Stating that he did not know how to remove the filter, the lawyer could not easily achieve this even though he received help from his secretary. Ponton did not neglect to constantly remind those who followed the hearing, “I am not a cat”.

It was the judge Roy Ferguson who carried the incident to social media due to the zoom filter. Ferguson reminded those who shared his computer with his child, “Make sure the Zoom filters are turned off before court proceedings.”