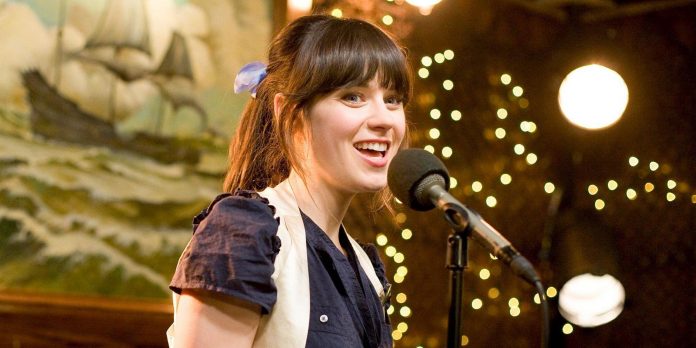 Joseph Gordon-Levitt stars in the film as Tom, a hopeless romantic desperately trying to find his soul mate. When Tom meets Summer, he falls head over heels in love, while she is determined to keep their relationship casual. As Tom delves deeper into their similar tastes in art and music, it becomes clear to Summer that their relationship is shallow and unstable. When they break off the relationship, Tom becomes depressed, and Summer can move on and gets engaged.

Link: Explanation of the chronology of the film “500 days of summer”

During an interview with The Guardian, Deschanel describes the reaction she received to her character Summer. Answering the question about the negative perception of fans, Deschanel admits that from the very beginning she received a strong emotional response. She defends Summer’s motives, stating that the character speaks directly and clearly about her feelings for a serious relationship with Tom. Deschanel goes even further, suggesting that anyone who still thinks Summer is the villain of this story should “think a little deeper.” Read her full comment below:

“I realized it from the first day. This is a very emotional reaction. People want the characters to be together, but that doesn’t happen, which makes the movie interesting. She openly declares that she does not want a relationship, but he ignores her. The most expressive scene is when she tells him, “I’ve never told anyone this,” and he does it about himself, he’s fixated on external details, such as her liking for the Smiths, which have nothing to do with who she is. as a person. To anyone who thinks Summer is a villain, I say, think a little deeper.”

Zooey Deschanel defends her character’s choice and invites fans of “500 Days of Summer” to look at the film from a different perspective. When the film was originally released, Deschanel’s character was criticized for taking Tom away and breaking his heart. In general, Summer was considered a flighty and indecisive woman who did not care about Tom’s emotional well-being. The actor emphasizes that Tom refuses to see Summer beyond the surface details and as a result cannot appreciate her as a person. Deschanel’s comments urge the audience to ignore Tom’s narrative of events in order to understand Summer’s point of view.

Ever since the film became a cult classic, there has been ongoing debate about whether Summer is the villain of “500 Days of Summer.” Over time, viewers began to understand Tom as a man who projected all his fantasies onto Summer, causing his own suffering. However, some critics of the film criticized Deschanel Summer’s portrayal as a sexist image of a “manic pixie dream girl.” The actress defends herself by stating that roles for women are often written as one-dimensional, and her responsibility as an actor is to bring complexity to the character. As the culture has changed over the past decade, actors have more opportunities to play complex female roles.

Henry Cavill (The Witcher), Willing To Star In A Possible Mass...

TikTok changes the rules of the music industry