Home News Zombie fires have resurfaced in the Arctic 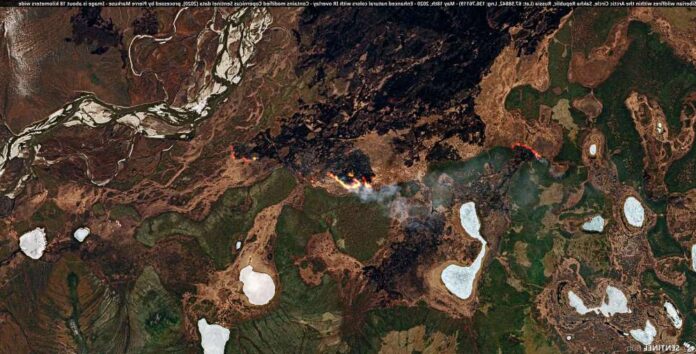 Satellites detected the first fires of the season in boreal forests in the Arctic Circle. Scientists at the Copernicus Atmosphere Monitoring Service (Cams) believe it may be zombie fires. That is to say, they would be triggered by the embers of last season’s fires, which would have persisted in the snow throughout the winter. We also speak of “wintering lights”. Who could leave after the snow melts.

However, last summer was particularly subject to fires in this region. In June alone, they would have released 50 megatons of carbon dioxide into the atmosphere – an amount equivalent to Sweden’s total annual emissions. This situation could favor the emergence of “zombie” fires. Especially in Siberia and parts of Greenland, April temperatures were above normal. “According to climate data provided by Copernicus Climate Change Service (C3S), the regions of the Arctic circle most affected by fires in 2019 experienced warmer and drier surface conditions, providing the ideal environment for fires burn and persist, “says Mark Parrington, one of the scientists at Cams.

However, Mark Parrington nuances the hypothesis of “zombie” fires: “satellite observations of active fires suggest that” zombie “fires could have rekindled, but this has not been confirmed by ground measurements”.