Home Sport Zlatan Ibrahimovic: the footballer devoured by his own legend 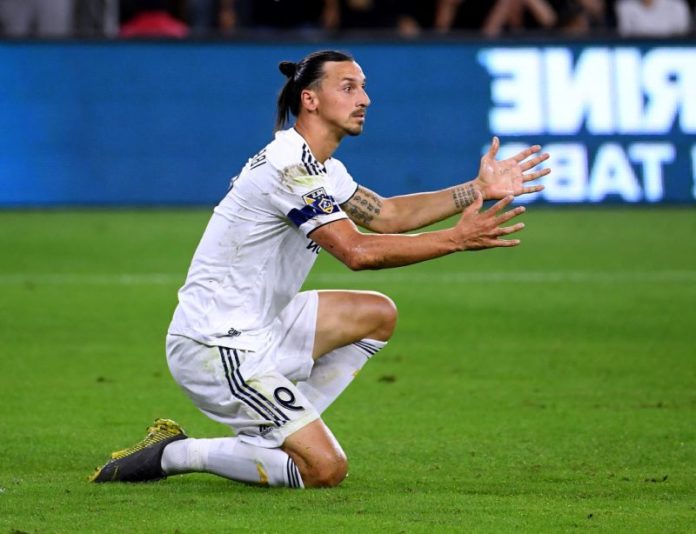 Zlatan Ibrahimovic leaves Los Angeles Galaxy. At 38, the Swedish striker of Yugoslav descent believes that he has already done everything he had to do in US football and that it is time to put an end to his adventures in MLS. There are not too many followers that the American championship has in the rest of the world (in fact, although it is growing, it is still far from being the most popular sport in its own territory), so in principle this news would not have to call The attention of too many people.

However, Zlatan, true to his style, has made sure that everyone finds out. Even those who are not even football fans. Because he has communicated it through his social networks, with a message that will leave very few people indifferent:

I came, I saw, I conquered. Thank you LA Galaxy for making me feel alive again. To the Galaxy fans, you wanted Zlatan, I gave you Zlatan. You are welcome. The story continues. Now watch baseball again.

That California fans will miss the one who has been their captain, star and reference during the last year and a half is something that nobody doubts. But perhaps the publication, both in form and substance, is somewhat exaggerated. Especially considering that, although it is true that his personal performance has been remarkable (52 goals in 56 games), he has not led the team to great successes: this year he has stayed in the conference semifinals (remember that MLS continues the same format as other American professional leagues) and in 2018 it didn’t even enter the playoffs. And we must not forget that in the Galaxy already played other football myths such as David Beckham and Steven Gerrard.

Because Zlatan has been, and still is, an extraordinary footballer. No one dares to discuss it, and in case of doubt there is his record to prove it, which includes up to thirteen League championships in countries as competitive as Italy, Spain, France and the Netherlands. The statistics say that in 573 games played it has 371 goals, to which we must add the 62 in 116 games that it has scored for the Swedish national team. They are numbers, no doubt, available to very few. Apart from its effectiveness, it has always displayed a technical repertoire as amazing as it is spectacular, and several of its goals come to have the category of works of art.

And yet, being as great as it is, neither is it so great. It is not a Messi, it is not a Christian, it is not a Maradona, it is not a Cruyff, it is not a Pele, it is not a Di Stefano. Few soccer experts, have the philias or phobias they have, would dare to put you on the list of the five biggest in history, and many would find it difficult to include even among the top 10 or 15. Within the genius, it is on the second step.

Of course, this does not detract any merit or take away an iota of its brilliance. Ibra can boast being among the best of all time. The problem is that it behaves as if it were the undisputed number one. As if he had invented this game, before him nothing, and after him only his memory.