Home Sport Zidane: “We must show that it is no accident what we are... 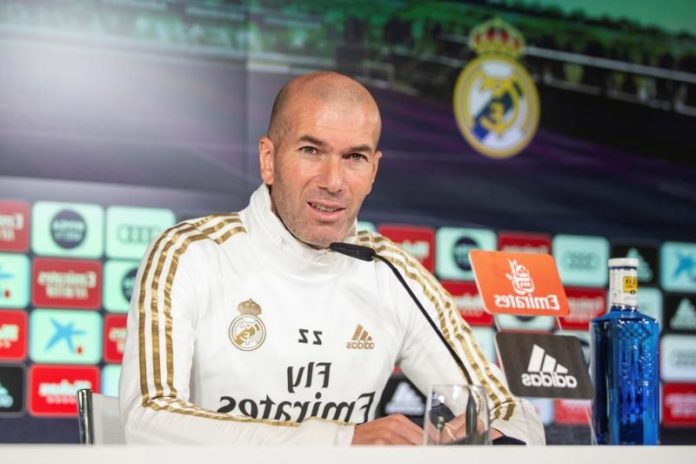 Zinedine Zidane, Real Madrid coach, valued the difficulty of leaving to Mendizorroza to play against an Alaves who only lost one of his seven home games and said they have to “show” that “it is no coincidence” the level of play displayed before the PSG and its continuous growth.

“We want to continue with what we are doing, grow, be better every day to show the opponent that it is not a coincidence what we are doing and try to make a great game tomorrow to continue adding,” said Zidane who admitted that he will see the duel between the Atlético de Madrid with Barcelona without commenting on the result you want.

The French coach focused on his meeting. “We know who we are going to play against, what he has done since the start of the season and what a very important game. It will be difficult and in a complicated stadium, I have no doubt. We have to be well prepared from minute one to the end, “he asked.

In addition, Real Madrid will play with the absence of Belgian Eden Hazard, injured by a hard tackle against PSG. Zidane does not mark a date for his return, although he is confident that he will be in the Camp Nou classic.

“In terms of time I can not say anything because it marks the day to day, but I confirm that it is not important, just a strong blow and a small twist. The evolution depends on the days, it is little thing but it can hurt and until it does not stop hurting … We’ll see next week if we move something and it can be, “he wanted.

The irruption in the Uruguayan Fede Valverde’s starting team has hurt players like Luka Modric or Isco Alarcon who have reduced their prominence. Zidane defended both, ensuring that their importance has not changed.

“Modric is Modric and nothing is going to change. Valverde is a very young player who wants to do well and is demonstrating it. It is a headache for me but Modric’s role is not going to change, it is very important, Isco enters and does it Well, it demonstrates the personality it has. The brown one to choose every three days is mine, they are plugged in and they know that my philosophy will not change. We are not here to win a match if not to win things and for that you need all your staff. I count on everyone although it is logical that there are players who play less, “he said.

He was not so blunt when talking about Brahim Díaz and Mariano Díaz. One of the two can have an outlet in the winter market. “We will see in January, it is true that they played very little, it is the situation today. Until then things can happen. At the moment I count on them, they train well and want to be summoned.”

Zidane defended Gareth Bale again, convinced that he will overcome a tough moment of the season after seeing the fans against him on the day of the Royal Society. “We are with Gareth and people too, we will continue like this because nothing has to influence the game much. The important thing is to be with him to move forward when there is difficulty that is part of the life of a football player.”

Zidane does not attend individual awards, as he showed when he spoke of the reasons why Karim Benzema is not among the finalists of any. “What Karim does with us has all Real Madridistas proud and that is what matters to us”

“I have the best. All those who have gone through Real Madrid are the best because it is the biggest club in the world. I cannot say one for the Golden Ball, the best are mine,” he added without entering to value Who deserves the award.