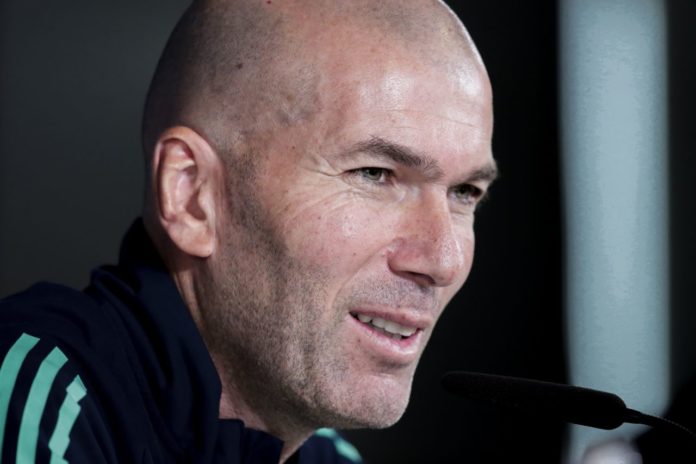 We all criticized his decisions, we all put the rope around his neck, we all talked incessantly about the possible return of Jose Mourinho if the results did not start to arrive, and the only one who always remained calm was Zinedine Zidane. The French coach always stayed in control, always had things clear, and seen what was seen in the last month, he was always right.

As soon as he arrived last year, after the bad stretch of the team under the baton of Santiago Solari, Zidane opted to restore all the confidence to the players with whom he won three Champions Leagues in a row. Marcelo, Isco, Kroos, Modric or Asensio returned to be the game in those last 11 games of the season in which Real Madrid no longer played anything. The performance was not the best and during the summer a true revolution was expected.

But for this course the coach redoubled his bet. He decided to keep the hard core of his former team, to the detriment of the Dani Ceballos, Marcos Llorente, Mateo Kovacic or Sergio Reguilón, and not even the bad signals sent by some of the players in the first stages of the season made Zizou give up your idea.

After the defeat in Mallorca, perhaps even more painful than 3-0 in Paris, many began to doubt even that Zidane could eat the nougat, since the team did not seem to be able to start for more than the coach tried different combinations of players and tactics.Each decision of the Frenchman was observed with magnifying glass, each slip became a crisis. Zidane was seen cornered and even slipped in several ways that Raul could be prepared to make the leap from Castilla. But Zizou never lost his composure; much less calm.

In the last month and a half the French coach has shown signs of knowing his profession by heart, of trusting his possibilities one hundred percent, and of having an unwavering conviction in his convictions.

From the varapalo in Mallorca the team has not lost again. Zidane has found a base team, composed of a solid midfield, pushed by the physical packaging of Fede Valverde, guided by a tireless Casemiro, and organized under the baton of Toni Kroos. From there, the team is backed up with a Thibaut Courtois who has regained confidence and a Sergio Ramos who, beyond specific errors, has been tattooed on the chest his role as great captain. At the point of attack, the best version of Karim Benzema’s sporting life and a thriving Eden Hazard have given the meringue a more than necessary edge.

At the same time, Zizou has managed to reconnect Marcelo, lost in combat last year, to give Luka Modric the necessary space and time so that he will find his best form and has even managed to see an improved version of Isco Alarcón after a year for I forget. As Rodrygo has also stood out as the great emerging star of the season, and has even managed to fight the storms in which the cases of James Rodríguez and Gareth Bale have become, the truth is that Zidane can hardly be criticized as soon as to the management of its staff.