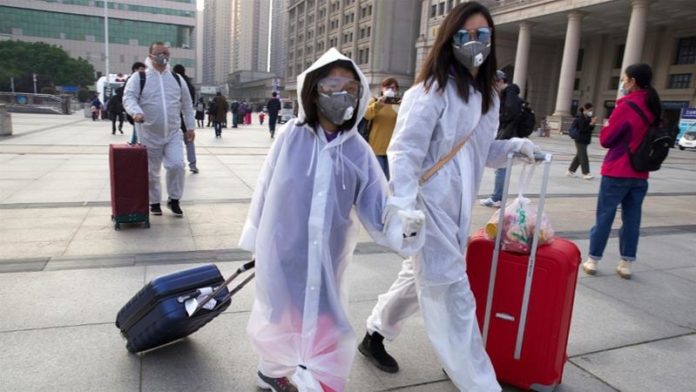 The quarantine at Wuhan, the zero point of the new type of coronavirus (COVID-19) epidemic, which has spread to millions of people worldwide, has officially ended. Starting today, people living in Wuhan can leave the city without permission.

After the COVID-19 pandemic broke out, China’s Wuhan city, which sat at the head of the world agenda, officially said goodbye to quarantine days. According to the information provided by The Global Times, those who live in Wuhan can leave the city without permission.

In the same news, it is said that all the restrictions applied in the city have not been lifted, while the schools will remain closed for a while. In the statement made by the Chinese National Health Commission yesterday, it was reported that no loss of life caused by new types of coronavirus occurred in the country in the last 24 hours. Chinese authorities, who stated that 32 new cases were detected during the period in question, stated that all of these cases originated from abroad.

Although not yet fully determined, the new type of coronavirus epidemic is estimated to have emerged from a market where live animals are sold in Wuhan city. More than 90 percent of the deaths in China occurred in the 56 million inhabitants of Hubei province, which Wuhan is affiliated with. There are currently 81,802 cases in the country. While 77,279 of these cases were treated, 3,333 died.

However, the Chinese Communist Party’s (CPC) initially trying to cover up the epidemic both facilitated its spread and concealed its source. As a matter of fact, Chinese authorities informed the World Health Organization (WHO) four weeks after the disease appeared. When we come to today, we have a really scary picture.

Unlike the world, China has managed to control the epidemic to a large extent.
To date, 1,430,453 people have been diagnosed with COVID-19, according to WHO and other health authorities. A total of 7,326 people died in the last 24 hours due to the infection, and the total number of fatal cases was 82,133. The number of treated cases reached 301,385 with an increase of 23,983 in the last 24 hours.

Crypto fund loses half of millions of dollars

Rumors point that Huawei will be the first to launch smartphone...

How Realistic Is The Legend Of Successful People Leaving The University?