Home Entertainment Zelda: Wind Waker The Most Powerful Weapon Is Not the Main Sword 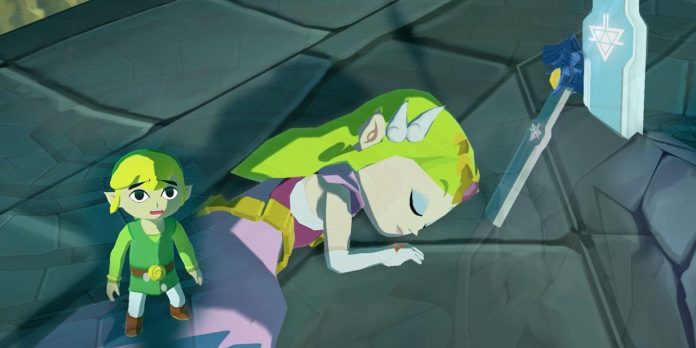 Although Link’s iconic Master Sword is one of the best weapons he unlocks in The Legend of Zelda: The Wind Waker, it’s actually not the most powerful weapon the game has to offer. Link finds the Main Sword in Hyrule Castle, which rests at the bottom of the Great Sea. Although this is a mandatory weapon that deals the final blow to Ganondorf, other weapons can destroy ordinary enemies much faster than even a Master Sword, namely Arrows of Light.

Light arrows are another necessary weapon in The Wind Waker, which is used to defeat Ganondorf at the end of the game. Although Zelda wields them in the final battle, Link must use them before the final boss battle to defeat certain boss enemies. But even with the exception of those cases when the magical power of the legendary Light Arrows from the Zelda series is required for progress, they are by far the most powerful weapon Link has at his disposal when he fights ordinary enemies.

In The Wind Waker, Light Arrows can defeat any non-boss enemy with a single shot, regardless of whether they are wearing armor or not; they can even pierce multiple enemies at the same time. This means that even very threatening and heavily armored Darknath enemies can be reduced to nothing more than an inconvenience if Link has enough magic to keep shooting light arrows at them in Wind Waker. While other weapons, such as the Skull Hammer, can approach this level of effectiveness, it still cannot match the sheer power and versatility of Light Arrows.

Another Wind Waker weapon capable of hitting enemies with a single shot is the Skull Hammer, one of the handy hammers from the Zelda series; while some enemies can be crushed by its power, any enemy will be smashed by a Skull Hammer if it was first frozen by an Ice Arrow. Even Darknats will crumble from such a combination, but it requires especially dexterous movements, since they can be incredibly quickly freed from ice. While the skill of the game required from the combination of Ice Arrow and Skull Hammer can be incredibly useful, the ease of tearing enemies with a single Light Arrow makes it the strongest weapon in Wind Waker.

Once Link gets the Light Arrows, they need to be used to defeat the Phantom Ganon in Ganon’s Tower, as well as to defeat three different forms of Ganon’s Puppet. But their sheer effectiveness against ordinary enemies makes them worthy to break out of the fantastic boss battles of The Legend of Zelda: The Wind Waker — as long as Link can continue to replenish his supply of magical energy.