Home Entertainment Zelda: The plot themes of BOTW Breath of The Wild 2 can... 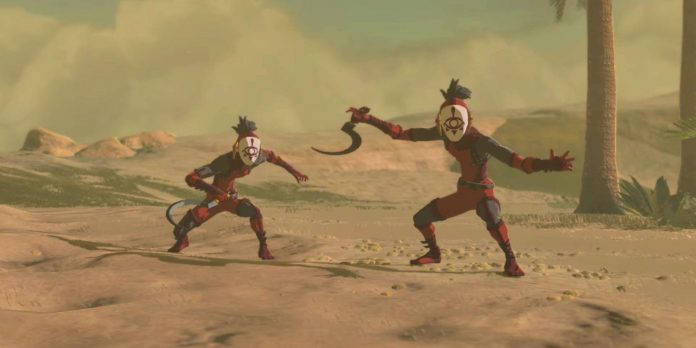 Some plot threads in The Legend of Zelda: Breath of the Wild are not fully revealed after the players defeated Calamity Ganon, and in the upcoming sequel, BOTW 2, there is an opportunity to show what happened to them. BOTW is a large–scale game with many secrets that raise questions about its knowledge, history and future. There are a lot of different intertwined stories associated with them, and since it looks like BOTW 2 will be even bigger than the first game, it has enough space to close some of the open BOTW storylines.

The main plot of Breath of the Wild is the search for victory over the Disaster by Ganon, who staged a Great Disaster 100 years before the game began. Along the way, players will battle ancient and often hostile mechanisms that dot the earth, such as the Guardians that Calamity Ganon took over before BOTW began, as well as shrines and Divine Beasts. Although most of Hyrule has long since recovered from the events of the past, Ganon’s influence still exists in the form of Malice, an evil slime that will harm Link if he touches it. The game contains countless small details and hints that players can find on their journey to save Princess Zelda and put an end to the threat of Ganon’s Disaster once and for all, and some of them have mysterious consequences.

Breath of the Wild 2 has been eagerly awaited for some time due to the success of BOTW, as well as because of the trailers and teasers released after its announcement. It looks like it will have new features and stories for players, as well as new exploration options, an aerial environment, and possibly a new weapon that Link will use in BOTW 2. In addition to the new elements, it should offer explanations for some of the more mysterious parts of BOTW and explore some things that are not as noticeable as they could be.

BOTW 2 Can Explain Ganon’s Calamity and His Evil Intent

Calamity Ganon is the main antagonist of BOTW, but his origins are largely shrouded in mystery. It is known that he destroyed Hyrule 10,000 years ago, which led to the creation of Guardians and Divine Beasts, but who he was and what his motives are is not fully disclosed. Ganon has several incarnations in the branched timelines of Legend of Zelda, and while they offer some insight, Breath of the Wild has worked to separate himself from them, and his version of Ganon seems to be different from the rest. Even if the villain of Breath of the Wild 2 is not Ganon, he can still reveal part of his story and show who he was before he became the monstrous association that players fight in the final battle of BOTW.

In particular, one aspect of Ganon that BOTW 2 has to explain is his Malice. Malice is well known as Ganon’s destructive power, but its exact nature and origin have not yet been fully revealed. In one of the trailers, Link and Zelda meet a mummy surrounded by Malice, so it seems that her appearance in the next game is confirmed. Breath of the Wild 2 should explain what it is and where it came from, perhaps not in detail, but enough for players to at least understand how Ganon became the owner of his power and used it to capture various Guardians and Divine Beasts. BOTW 2 looks like it will change the Hyrule castle somewhat and send it into the sky, and judging by the trailers and teasers released so far, Malice is at least partially responsible, so hopefully there will be an explanation for this.

BOTW 2 should show what happened to the Yiga Clan

Members of the Yiga clan are often found in BOTW. They randomly meet as disguised Hyruleans, who can be easily avoided by simply not talking to them until Link sneaks into their base and defeats their leader, Kogu. After that, Yiga will randomly appear when players explore Hyrule, without disguise, and immediately attack without warning or provocation. What happens to them after Ganon’s defeat is never revealed, and since their sole purpose was to serve him, their next steps are unclear. Hyrule Warriors: Age of Calamity told a little more about them, but BOTW 2 should explore them in more detail and show what happened to them after the end of the first game.

Related: How BOTW 2 Can Bring Back a Happy Majora Mask Seller

Age of Calamity may give BOTW 2 a better way to use the Yig clan than random encounters, as it was mostly in BOTW. Suga is Kogi’s deputy in Age of Calamity, but does not appear in Breath of the Wild. What eventually became of him in the main timeline is not reported, but since Koga seems to be dying, it is quite possible that Suga will lead the clan — if he is still alive — and will take revenge on Link, which could become the main storyline. It’s possible that it was conceptualized after BOTW development, so it may not be exactly an unsolved plot thread, but Breath of the Wild 2 should still include it so it can be

Elden Ring Is The Best-Selling Game Of 2022 In The US.