Home Entertainment Zelda: Tears of the Kingdom Subreddit was created a week ago 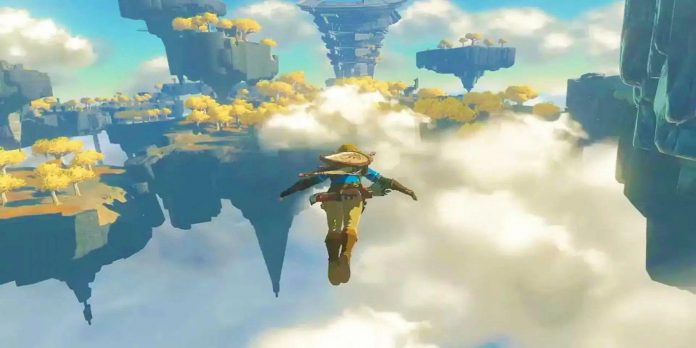 Nintendo has just announced the name of the next game in the Legend of Zelda franchise, Tears of the Kingdom, and Reddit users have discovered that a subreddit for the game was somehow created a few weeks ago. The Legend of Zelda: Tears of the Kingdom will expand the story of Breath of the Wild and will be similar in style and tone. The next installment of the franchise has also received a release date in 2023, but none of this information explains how the Reddit account found out about the upcoming title.

Indeed, the name of the upcoming game was announced only at the September Nintendo Direct event. And yet the Tears of the Kingdom subreddit was created more than a week ago. This made many fans who found the page after Nintendo’s announcement wonder how the creator knew the name of the game.

The next addition to the Legend of Zelda franchise looks as bright and unique as its predecessor. In Tears of the Kingdom, a new passing mechanic has been added to help Link maneuver in Hyrule, and the trailer shows stunning new locations floating in the clouds. Fans are already voicing theories and hopes for the upcoming title, which will be released in May 2023. But no one can say exactly how the Tears of the Kingdom subreddit was created more than a week ago. Many suspect that the milonssecretcastle account that launched the subreddit was created by a Nintendo employee.

The page could also have been created by an insider or possibly by Nintendo itself. However, this, of course, is not accidental. The announcement of the sequel “Breath of the Wild” was unknown to fans, and the title was not leaked to the network. The fact that the subreddit was created just over a week ago suggests that whoever is responsible for its creation knew about the latest Nintendo project. And then there’s the Reddit username, milonssecretcastle, which is a reference to a Japanese game released in 1986.

All this information is very confusing, and it is doubtful that fans will get answers soon. All that can be said is that, fortunately, the sequel to Breath of the Wild is officially out. In less than nine months, players will be able to get their hands on the next installment of the Legend of Zelda franchise, and perhaps by then the mystery of the Reddit user will be revealed.

The Legend of Zelda: Tears of the Kingdom will be released on the Nintendo Switch on May 12, 2023.