Home Entertainment Zelda: Skyward Sword HD Will Have Tips And Tutorial Adjustments During The... 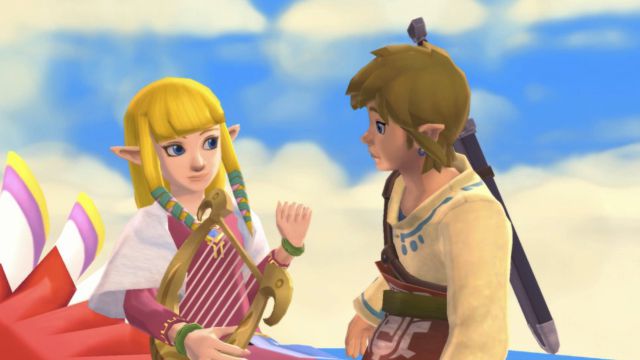 Zelda: Skyward Sword HD: The Wii title returns to Nintendo Switch this July with improved controls, HD resolution, 60 FPS and the option to play with buttons. The Legend of Zelda: Skyward Sword HD is one of the most important releases of Nintendo Switch for summer 2021. After passing through Wii a decade ago, the title located at the beginning of the chronology of the series lands this July 16 with a fresh look; although now we have learned that adjustments for tutorials and tips will be added during the game, thus facilitating navigation for those who consider it appropriate.

As we read on the official Nintendo portal, in the section of changes and news of that remastering, apart from the optimized performance (60 FPS), improved movement controls thanks to the Joy-Con controls or the possibility of playing with buttons (thought for the game in portable mode or with the Switch Pro Controller), one more element is added: “Various improvements, including adjustments to the tutorials and tips for the player throughout the adventure.”

The Legend of Zelda: Skyward Sword HD is one of the great exclusive releases for Nintendo Switch between now and the end of the year. His announcement took place last February, in that Nintendo Direct of which we also learned about the existence of works such as Splatoon 3 or Mario Golf: Super Rush.

This remastering will be the first reissue of the original Wii game, which this November will celebrate its 10th anniversary. Unlike the work of yesteryear, The Legend of Zelda: Skyward Sword HD will arrive with smoother and more intuitive controls and the possibility to choose between motion controls with the Joy-Con or with buttons, something unprecedented in the original and that is presented as the preferred option for Nintendo Switch Lite users or with the Nintendo Switch Pro Controller.

On a technical level, not only is it a remastered version in high definition, but the graphics, textures, color, lighting and the frame rate per second will be improved. The game will play at 60 frames per second at all times.

The Legend of Zelda: Skyward Sword HD will go on sale this July 16 exclusively for Nintendo Switch in physical and digital format via eShop. Additionally, a pair of Joy-Con based on the game and an amiibo based on Zelda and the Pelicaro will also be sold, which will exclusively enable the fast travel function at any time.