Home Entertainment Zelda: Explanation of the names of all Wind Waker Islands 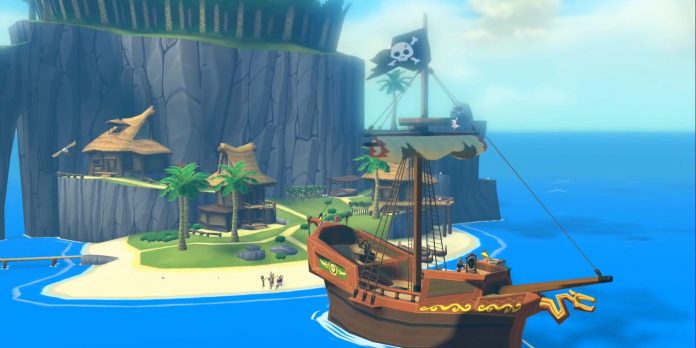 The Legend of Zelda: The Wind Waker, released for the Nintendo GameCube in 2002, abandoned the series’ traditional fantasy kingdom of Hyrule in favor of a nautical setting littered with uniquely named islands. Wind Waker takes place in a massive ocean called the Great Sea. This Waterworld-like setting, eventually revealed to be the ruins of Hyrule following a massive flood, is filled with small islands for Link to explore as he quests to save his sister and defeat Ganon. Each of the game’s 49 islands features a unique design and name, with multiple collectibles to uncover.

Outset Island, the island where the game begins, is the home of Link’s family. It’s where Link begins his journey, wearing his now-iconic Wind Waker pajamas outfit. It also features the elderly swordsman Orca, and the fearsome bonus dungeon the Savage Labyrinth. As the location of Nayru’s pearl, a Triforce Shard, the Hurricane Spin technique, and the powerful healing item Elixer Soup, players regularly visit Outset throughout their journey. Its name, Outset, means the start of something, fitting for the location from which Link begins his heroic journey.

Related: Zelda: What Really Happened To Shiro, The Invisible Soldier

The most populous island in the Great Sea, Windfall Island, is the primary hub for multiple side quests. The island’s name, Windfall, is a reference to financial windfall, playing off the fact that it is filled with wealthy merchants, best shown through its Auction House mini-game. The name Windfall may also aptly refer to the island being the location at which players acquire the Sail, the most commonly used method to harness the wind. Link picks up the Sail on his initial visit after meeting Wind Waker’s the King of Red Lions, and will later return to the island to get the Bomb Bag.

Dragon Roost Island is the location of the game’s first real dungeon, Dragon Roost Cavern, and the home of the mail-delivering Rito people. Its name is a reference to the dragon Valoo, who lives atop the island’s volcano. The Forest Haven, location of the Forbidden Woods dungeon, is quite plainly named as it acts as a refuge for the Koroks and Great Deku Tree. Greatfish Isle is named after Jabuun, the monstrous fish that used to live there. It may have originally been intended to feature a dungeon, but due to time constraints, Wind Waker’s Greatfish Isle is nothing but ruins.

Ganondorf’s home base, the Forsaken Fortress, is the place where Link’s sister Aryll is kept after being kidnapped. Link initially visits this dungeon at the start of the game, later returning after obtaining the Master Sword. Its name refers to its abandoned nature before Ganondorf took control of it. The dungeon’s name may also have religious connotations; Ganondorf is regularly compared to demons and was sealed away beneath the Great Sea by The Legend of Zelda’s three Golden Goddesses.

The Fire and Ice Arrows can be found in the Mother and Child Isles. These names allude to the larger island metaphorically being a mother to the smaller one. The pair’s names also refer to Mother Island being the home of the Queen of Fairies, who resembles a child while also being in charge of the Great Fairies who reside in The Legend of Zelda’s Fairy Fountains. The Tower of the Gods is a main dungeon that rises out of the ocean and contains a portal to an untouched version of Hyrule castle that houses the Master Sword. Its name is derived from it being erected as a test designed by the Goddesses to gauge Link’s mettle.

The location of The Wind Waker’s Earth Temple, Headstone Island is named for the massive stone head that blocks the dungeon’s entrance, but is also a nod to the island being the resting place for the ghost of Laruto, the Zora Wind Sage slain by Ganondorf and source of a Zelda timeline plot hole. Finally, Gale Island, home of the Wind Temple, is named after the massive gusts of wind blowing from the dungeon’s entrance. In addition, these two islands seem to be named after their respective temples, stone being an earthly material and gale being a term for particularly strong wind.

Many minor islands features in The Wind Waker have self-explanatory names. The Angular Isles, Boating Course, Cliff Plateau Isles, Crescent Moon Island, Bomb Island, Paw Print Isle, Shark Island, Diamond Steppe Island, Flight Control Platform, Star Island, Horseshoe Island, Overlook Island, Rock Spire Island, Private Oasis, Tingle Island, the Ice Ring, Fire Mountain, Needle Rock Isle, and Islet of Steel all have purely descriptive names. Spectacle Island, an island shaped like a pair of glasses, initially seems to be just descriptive, but is actually named after a location from the series’ original game, where Spectacle Rock hid Ganon’s lair atop The Legend of Zelda’s Death Mountain. It also made reappearances in The Adventure of Link, A Link to the Past, and Breath of the Wild. Bird’s Peak Rock, in addition to featuring a puzzle involving birds, is actually shaped like a bird eating a pear.

Several of the islands in the Wind Waker are arranged into sets with similar names. Two-Eye, Three-Eye, Four-Eye, Five-Eye, and Six-Eye Reef are all designed to resemble six-sided dice, rolled onto the side their names suggest. Cyclops Reef breaks the pattern, instead being named after the mythical one-eyed monster. The three Triangle Islands, which surround the Tower of the Gods, are both shaped like triangles and arranged in a triangle. Interestingly, when overlayed with Dragon Roost, Greatfish, and the Forest Haven, these six islands hide a Triforce on Wind Waker’s island map. Four Fairy Islands – one for each cardinal direction – are spread around the Great Sea. Oddly, the fifth island, found even farther east than Eastern Fairy Island, is called Thorned Fairy Island.  The Five Star Isles, Seven Star Isles, and Star Belt Archipelago are all collections of rocks that resemble constellations – Cassiopeia, Ursa Major, and Orion respectively. Even these cosmological names contribute to The Wind Waker‘s nautical themes, with constellations being of utmost importance to oceanic navigation.

The Office: Fans rated the worst episode of this NBC sitcom

The 10 Best Texts of The Descendants franchise