Zelda: Breath Of The Wild 2: The long-awaited The Legend of Zelda: Breath of the Wild 2, sequel to the acclaimed game released in 2017, had some gameplay concepts revealed thanks to patents filed by Nintendo. The finding was published on the Gamereactor website.

When announced at E3 this year, the game received a trailer that gave a taste of what we can expect from the gameplay and new systems that will be introduced in the sequel to Breath of the Wild.

While Big N continues to keep a lot of secrecy about the new title, the records found by the European site detail a little more gameplay and some new mechanics.

For example, in the video announcing the next adventure in the series, we could see Link literally diving into the bottom of a platform, emerging at the top shortly thereafter.

The effect, similar to a portal with a liquid look, is described in a patent showing that such a feat should be possible on any surface, as long as it meets the necessary conditions, performing calculations and locating the character’s exit point.

Another document details the mechanics of rewinding, presented in the text as a return movement. The record describes how the system works, which should be used extensively during combat and in solving puzzles and dungeons, trademarks of the Zelda series. 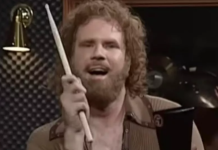 The 10 Best Anime that inspired Hollywood