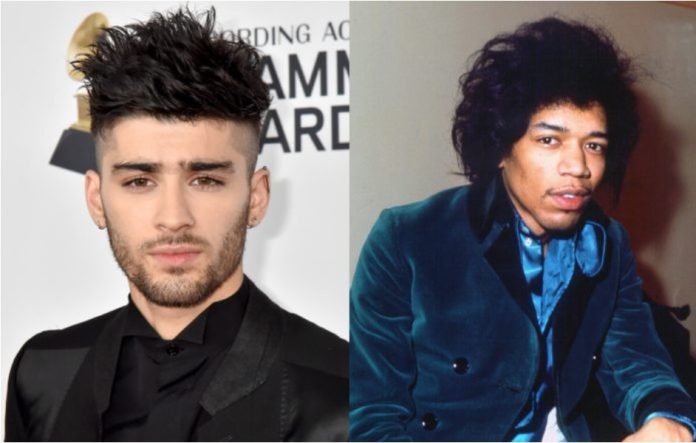 Zayn Malik shared a cover of Jimi Hendrix’s song “Angel” on the eve of the 80th anniversary of the late guitar legend.

The release arrived today (November 25) using Hendrix’s original signature guitar from the song, combined with Malik’s soulful vocals. The voice of the former One Direction vocalist easily fits into the atmosphere of the 70s and breathes new life into the composition, which was originally released posthumously in 1971 by Hendrix Estate.

In an interview with Billboard, Hendrix’s representative Experience Hendrix said: “We are glad that Zayn was inspired to use the original music from Jimi Hendrix’s ‘Angel’ when recording the song.”

“We hope that this version of the Hendrix classic will tell a new generation of listeners about Jimi’s genius and further advance his legacy.”

Hendrix was born in Seattle on November 27, 1942 and started playing guitar at the age of 15. His main career as a guitarist began only in 1966, when he moved to England and began playing with the Jimi Hendrix Experience.

Hendricks died at the age of 27 on September 18, 1970. He received a number of posthumous awards and was inducted into the Rock and Roll Hall of Fame in 1992, and more than a decade later into the UK Music Hall of Fame. 2005. He was also named the “greatest guitarist of all time” by Rolling Stone magazine, who in 2015 wrote: “Jimi Hendrix blew up our idea of what rock music could be: he manipulated the guitar, the drum, the studio and the stage.”.

As for Malik, this cover marks his first release this year. In 2021, he shared his third solo album “Nobody Is Listening”, which received three stars in the review. “There is clarity here, a sense of maturity and in the lyrics — something that was often lacking in his previous works,” Dhruva Balram wrote.

“‘Nobody Listens’ has its flaws, but Zayn is clearly eliminating a few cracks in his armor, and it looks like a step in a new and fresh direction for the mysterious artist.”

Interest in Arabesques in Turkey has grown 4 times in 3...