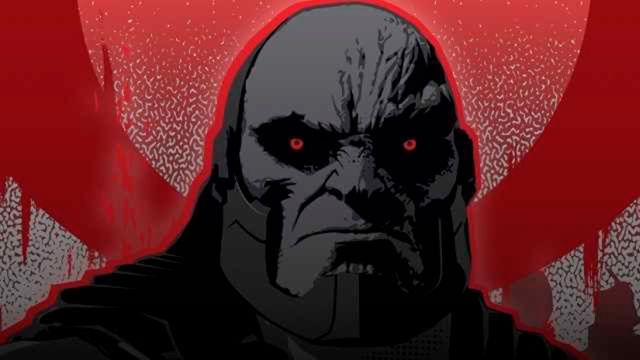 The great villain of the new version of Justice League is seen in its final design after the appearance of a young Uxas in the trailer.

Little by little, and with a view to its next release, we are learning more details about Zack Snyder’s Justice League, the new version of the Justice League movie released in theaters by its original director, Zack Snyder. So much so, that the latest news about the film (because it will no longer be a miniseries but a film of nothing more and nothing less than 4 hours) are now added new promotional arts in which we see, finally, the great villain of this new Justice League cut featuring Darkseid’s final appearance.

And it is that until now we had only seen in detail Uxas, the young version of Darkseid, through the first trailer of Zack Snyder’s Justice League, with a less threatening aspect than what the most powerful villain in the DC universe has accustomed us to. Now, we finally have a look much more in line with what Darkseid is in the comics, a truly fearsome character with an appearance that imposes and scares in equal parts. And these new promotional images of the villain are good proof of that.

Apparently, Darkseid will appear in the film with an armor that would mix the classic and modern versions of the character in the comics, through a design formed by layers that would give some flexibility of movement, although with a robust and resistant appearance. Of course, there is a large Omega symbol on his chest and his reddish eyes, ready to shoot the fearsome Omega beam from him.

Of course, for the moment we only have conceptual designs, complete of course, of Darkseid, with what remains to be seen the character in its CGI version integrated into the film itself; It also remains to be seen what role Darkseid will play in the film and if he will have enough prominence to see him fight Superman, Batman, Wonder Woman, Aquaman, Flash and Cyborg.