Home News Zack Snyder version of the Justice League movie will be released on... 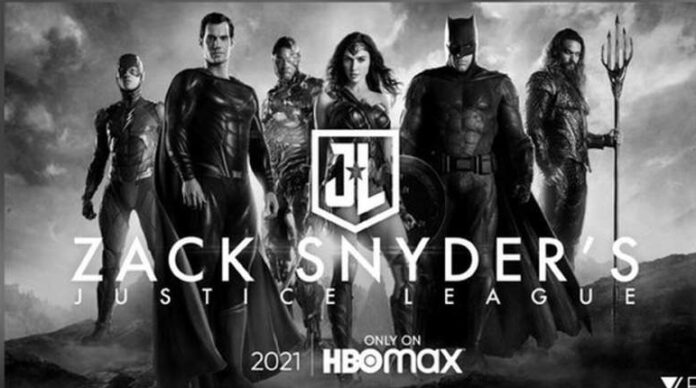 The unreleased version of the 2017 superhero movie “Justice League”, The Snyder Cut, will meet its audience in 2021 through Warner Media’s HBO Max platform.

After years of comic book campaigns, the DC Films community announced that a new movie with cut scenes from the “Justice League” will be released in 2021 on Warner Media’s HBO Max platform. Fans have been running campaigns on social media for a long time with the tag #ReleaseTheSnyderCut.

Called The Fans by the name The Snyder Cut, this new movie will tell the stories of director Zach Snyder’s movies, Batman, Wonder Woman, Aquaman, Flash, Cyborg, and Superman.

DC fans wanted it for two and a half years
The shooting and broadcasting process of the Justice League movie was quite turbulent in general. When the movie was not yet finished, Zach Snyder quit his job and Snyder’s place was replaced by Joss Whedon. Whedon later re-shot some scenes of the movie and made his own editing. However, Warner Bros edited the version of Whedon once again to finally produce an interesting product that no longer belongs to anyone and released the movie in this form in theaters. The result was not as good as you can imagine, just after the Justice League was released, it received great reviews and was a huge disappointment at the box office.

Aware of the situation, DC fans have been requesting the release of Justice League’s Zach Snyder version for nearly two and a half years. The move #ReleasetheSnyderCut (release Snyder version) was still alive despite the passing time, and was still growing day by day. Warner Bros finally answered this call and announced that the Justice League, entirely prepared by Snyder’s vision, will be released.

“I would like to thank HBO Max and Warner Brothers for their bold gestures for the realization of the real visions of the artists. I would also like to thank every individual who supported the SnyderCut movement and made us come to this day,” said Zach Snyder on the subject. used expressions.

“The Snyder version will be something entirely new. Especially for those who watch the movie, a brand new experience awaits a new experience,” Snyder told some comments to The Hollywood Reporter. spoke in the form. Snyder also said that he still hasn’t seen the version released in cinemas for two and a half years.

Warner Bros. “We’re excited to share this highly anticipated version of the Justice League with fans. I think we’re in a good time to share Zach’s story. HBO Max is the perfect platform for that,” said Pictures Group president Toby Emmerich. spoke in the form.

The 4 hour long Justice League Zack Snyder version will be released in 2021. HBO Max is said to be able to release the film in a six-part mini-series or as a sweat piece.

According to statements in The Hollywood Reporter, Warner Bros paid Zack Snyder between $ 20-30 million to prepare the Snyder version.

When will US President Joe Biden take office?