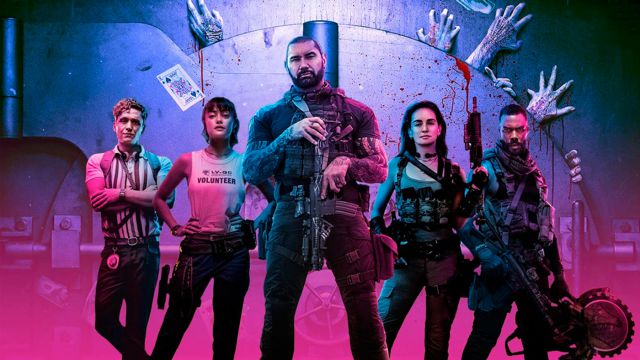 Zack Snyder: The film director reaches an agreement with the streaming platform to develop his new projects and universes: “great movies” are coming. Army of the Dead 2 is already a reality; or will be soon. And the agreement between Zack Snyder and his team and Netflix for the development of new projects already announced and many others to be announced for the future is already official. And the first confirmation comes from the hand of the director, who is already working on the sequel to one of the latest Netflix hits. So much so, that Army of the Dead has exceeded the company’s expectations, reaching 75 million views during its first four weeks when it was estimated around 72 million.

Although before entering fully with Army of the Dead 2, Snyder has several open fronts with Netflix, among them several productions of the same universe as the prequel or the animated series, in addition to one of his most ambitious films, Rebel Moon, a story science fiction that arises from a discarded idea of ​​the filmmaker for Star Wars and that will begin filming in early 2022.

All this the result of a new agreement between Zack Snyder, his wife Deborah Snyder, the executive Wesley Coller and the producer of the marriage Stone Quarry Productions with Netflix so that the platform produces part of its new films and decides if it wants them exclusively as part of your catalog or not. This is how Snyder himself recently commented: “My goal is to bring in as much quality content as I can and to do it on a large scale. Great projects and great films ”, collects The Hollywood Reporter.

Army of the Dead fans have two dates coming up on Netflix with the prequel film Army of Thieves, scheduled for this fall, and the animated series with Dave Bautista in spring 2022.