Home Entertainment Zack Snyder Shares New Clues About Army Of The Dead 2 And... 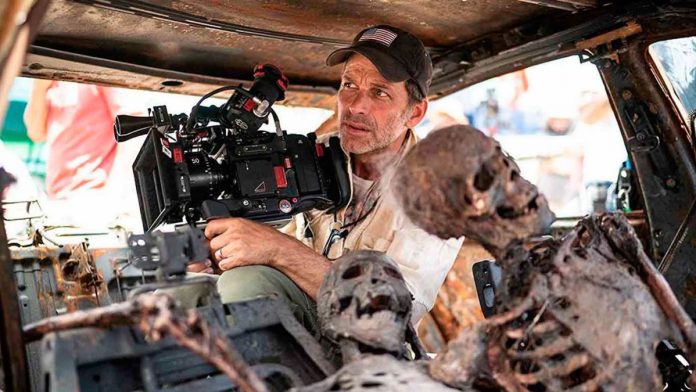 Zack Snyder: The famous filmmaker offers a new interview and suggests the final title of the sequel to Army of the Dead for Netflix; no release date yet. Coinciding with the premiere tomorrow, Friday, October 29, of Army of Thieves on Netflix, a prequel to the zombie movie Army of the Dead by Zack Snyder, the filmmaker himself has shared new clues about the sequel, Army of the Dead 2 , which according to him will receive the definitive title of Planet of the Dead. This was explained by Snyder in a recent interview with the Inverse medium, suggesting the possibility that Dieter finally did not die in the first installment.

Snyder’s zombies return in Planet of the Dead

“Did Zeus kill him or not, what happened? We don’t see him die and there is still some time left. I’m not going to tell you what happens in Army of the Dead 2, also known as Planet of the Dead, but let’s say that it is possible that Dieter survived, “explains Snyder, thus offering some clues as to what the sequel to Army of the Dead holds. from Netflix.

Thus, if we take into account the new title suggested by Snyder, everything indicates that the zombie infection has spread throughout the world, all after the final events of Army of the Dead and the apparent departure of the plague beyond the Las Vegas walls. On the other hand, there is no release date yet; In this sense, the project has not started filming, so it will still take some time to enjoy this sequel on Netflix.

Recall that the first part already left us a good handful of theories and winks about the true origin of zombies, suggesting the presence of zombie robots, time loops, the possible alien origin of the outbreak or the true reason for being of the so-called alpha zombies. . In this sense, Netflix is ​​already preparing the six-episode animated series Army of the Dead: Lost Vegas, where the zombie origin of this new Snyder universe would be explained.

Nishizawa, Creator of Wonder Boy: “We Stifled A Lot Of Ideas...

China and Russia formalize agreement to build lunar base