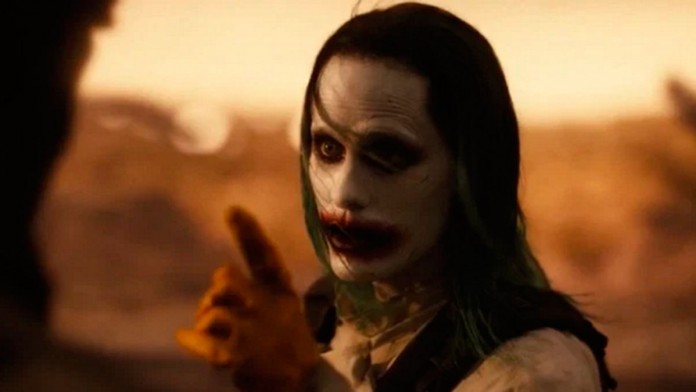 Zack Snyder: The famous director of Zack Snyder’s Justice League publishes a new photograph of his version of Jared Leto’s Joker almost a year later. Zack Snyder’s Justice League, the original vision of its director that premiered at the beginning of this 2021, has given much to talk about before, during and after its premiere exclusively on HBO Max. So much so, that now and almost a year after its staging, Zack Snyder himself has shared a new image of Jared Leto’s Knightmare version of the Joker, a post-apocalyptic vision of the Clown Prince of Crime specially created for the occasion. . And the image couldn’t be more disturbing.

Thus, as fans will recall, the famous Snyder Cut not only served to show the director’s original vision of Justice League, but additional photography was also recorded to complete an epilogue set in a post-apocalyptic future and that gave rise to continue with the story in later sequels.

In those same scenes we could see again Jared Leto’s Joker, rescued from the first Suicide Squad movie, although with a very different, much more terrifying appearance. Good proof of this is this new photograph shared by the filmmaker where we see a short shot of the actor fully characterized as the famous villain. The image, however, is not accompanied by any additional or explanatory text.

Recall that Jared Leto debuted as a controversial Joker in David Ayer’s 2016 Suicide Squad, promising to continue playing the character in future DCEU productions. However, and after the failure of the film, the actor was left without the possibility of continuing with the Joker in the cinema due to the new direction of DC in the cinema.

Soon we will be able to see Jared Leto again in another film of the superhero genre, this time as part of Marvel and Sony Pictures and playing the villain or vampiric antihero Morbius.

You would have to pay for a Deluxe Edition to play...