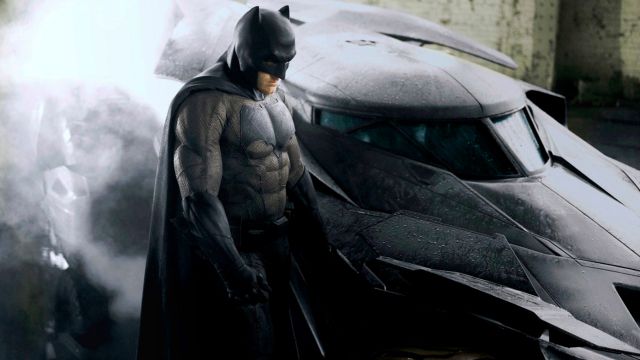 Zack Snyder: The famous filmmaker comments in a recent interview that the actor is interested in retaking his individual film against the villain Deathstroke.After the turbulent stage of the DC film universe with a highly questioned Snyderverse, Joss Whedon’s version of Justice League and the most recent Snyder Cut, it seems that Ben Affleck would be interested in retaking Zack Snyder’s original plans with a solo film of the Dark Knight after the dialogue between Lex Luthor and Deathstroke at the end of Zack Snyder’s Justice League, a scene that was totally changed for the theatrical version and that we have now been able to see in its entirety thanks to the new cut.

The Batman: From Affleck to Pattinson

And it is that with the change of direction of DC in the cinema, Snyder’s plans to give rise to other projects were rejected, introducing the current version of The Flash that aims to configure a new shared universe of said films. So much so, that the departure of Affleck and the cancellation of the solo film of his Batman gave rise to Matt Reeves’ project with Robert Pattinson as Batman, a film that initially remains in his own universe.

.@ZackSnyder took the time to speak with Matt and Josh from @LightCastPod and our very own EIC Taylor—check out our article recap! https://t.co/8Nx1b0r6NC

Be that as it may, Zack Snyder has commented in a recent podcast in which he has participated that Ben Affleck is interested in recovering his solo Batman movie, which would include his duel with Deathstroke, a project that has been rumored after the Snyder Cut as a film or original series for HBO Max.

“The truth is that I assumed it was going to be done, that was just something we were working on, it wasn’t like there was a scenario where I didn’t do it. For me it was like something inevitable. There is a great script, Ben wants to do it, he has a great villain. Why are we talking about this? Why aren’t the cameras recording? ”Snyder commented when asked about it.

We’ll finally see if Warner Bros. gives the green light to Ben Affleck’s original Batman project; Much will have to say in the movie The Flash that is being shot at the moment, since Affleck will reappear as Batman in that film to determine what happens, among many other things, with his character.