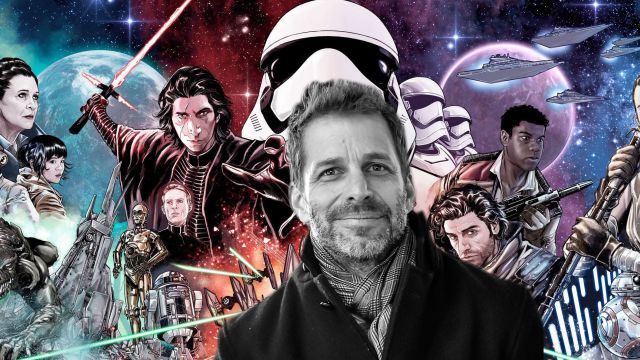 Zack Snyder: The director of The League of Justice was in talks with Lucasfilm, but the project did not materialize. Following the triumph of the Justice League Snyder Cut, director Zack Snyder has just released Army of the Dead, a zombie movie that will become a saga and that will receive not only a sequel, but also an animation product. What does not seem that it will see the light is the spin-off of Star Wars that the North American director had in mind, at least not with the name of the brand created by George Lucas. The truth is that the project existed, although it never went beyond the conversations with Lucasfilm.

It has been revealed by the filmmaker himself in an interview with the Happy Sad Confused Podcast. “Yes, we talked about it,” but it never crystallized. The funny thing is that Snyder has not completely removed the idea that he had in mind: “I’ve been working on it, just outside of the Star Wars universe, on my own.” He assures that it is still a “science fiction” product that follows the same story. “My inner 11-year-old still wants to do it now that I am capable, so we may still see it one day.”

The keys to Star Wars

And what about the Star Wars version of that same science fiction project? Snyder does not confirm or deny that there were known characters. He wanted Lucasfilm to “give him the keys” and allow him to take over the reins of the saga. In a recent interview, the director confirmed that he would “love” directing a new Star Wars movie, but in his words, he doesn’t think he would “survive” such a project.

Lucasfilm has a well-defined plan for Star Wars. Hand in hand with the Disney + platform, it has announced a multitude of series. Right now, Dave Filoni’s new animated series, La Remesa Mala, is airing. Later in December, The Book of Boba Fett, the first spin-off of The Mandalorian, will arrive.