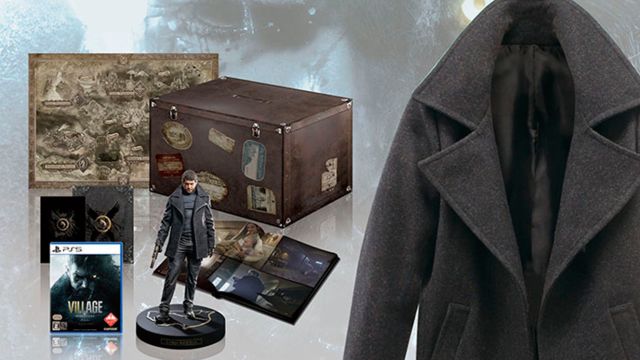 Capcom presents the most complete edition and loaded with extras valued at 1,500 euros at change and that includes Chris Redfield’s Chester coat.

Resident Evil Village, the new installment of Capcom’s famous video game saga, recently left us a good handful of news, as well as the final release date for PC and consoles of the current and past generation. And among the novelties we met the different editions of the title, highlighting a collector with some extras such as a Chris Redfield figure. But in Japan, Capcom will go a little further with the so-called Z Version, a very exclusive and expensive edition that even includes a real coat based on Chris Refdield’s and that in return reaches a not inconsiderable 1,500 euros, approximately. Let’s see what this special version of Resident Evil Village includes, exclusive for the Japanese market.

Quite a Chris Redfield Chester coat

Thus, and with a price of 192,500 yen, about 1,500 euros to change, the Complete Set Collector’s Edition Z Version includes a long list of extras, including the aforementioned replica coat worn by Chris Redfield; Below we detail the content of said edition for collectors:

Then, it is a more than complete version for lovers of the saga, including a fully functional coat to look a little more like Chris Redfield; if it is really possible … Resident Evil Village will arrive on PC, PS4, Xbox One, PS5 and Xbox Series X | S on May 7, 2021.

Asus ROG Phone 5 passed the test, its features were seen