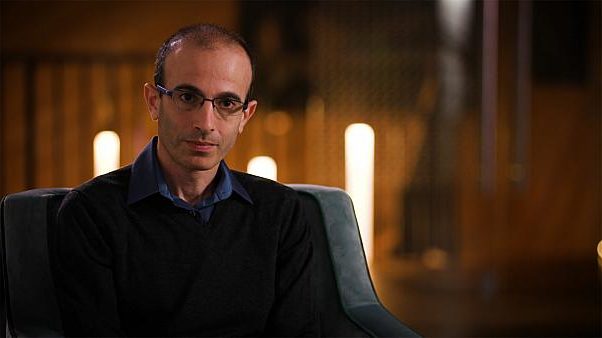 Israeli writer Yuval Harari claims that the world is in the middle of an artificial intelligence war led by the USA and China. According to Harari, countries that cannot keep up with the race will either go bankrupt or become colonial.

Israeli historian Yuval Harari, author of Sapiens, Homo Deus, and 21 Textbooks for the 21st Century, claims that the world is now in the midst of a US and China-led artificial intelligence war. Hariri said, “If you have enough data, you do not need to send troops to a country to take over it. Countries that fail to keep up with this race will either go bankrupt or become a colonial data colony. ”

Speaking at the 50th World Economic Forum held in Davos, Harari thinks that the artificial intelligence revolution will create an unpredictable inequality not only between classes but also between countries. Defending that the United States and China carried out a process similar to the industrialization initiated by England and Japan in the 19th century, Harari said that this is not a science fiction film scenario, but a situation that would destabilize the whole world.

Digital dictatorships will rise
According to Harari, if we cannot take measures to dissipate its benefits and strength, artificial intelligence will lead to the enrichment of several high-tech centers. The Israeli writer also claims that humanity will now face the danger of the rise of digital dictatorship due to the inequality of artificial intelligence.

Yuval Harari previously claimed that artificial intelligence could “hack” people in the future. “Your refrigerator will understand your feelings better than your partner in the future,” said Harari, suggesting that many people will become useless in a few 10 years because of the robots. Harari also said that with the rise of artificial intelligence, the masses will lose their economic and political power.

Harari thinks that not only society and economy, but also our bodies and minds will change with the leap in artificial intelligence. According to the author, “The main products of the 21st century will be minds and bodies.”