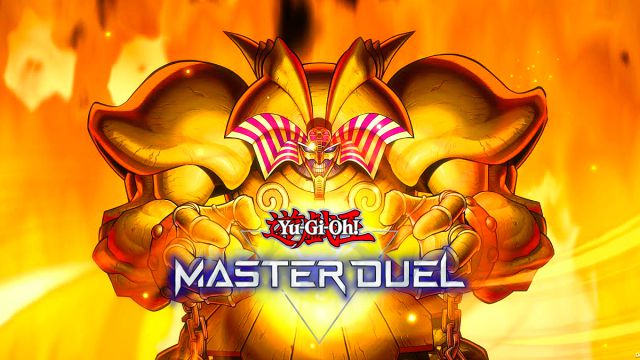 What is Yu-Gi-Oh! Master Duel? What platforms will it be available for?

Yu-Gi-Oh! Master Duel is a title in the Yu-Gi-Oh! Konami’s release date is yet to be confirmed. As we discussed above, it is Konami’s main bet for its popular saga; This title will be focused on the TCG / OCG card game, will have more than 10,000 cards in total, and will be completely free to play and will have multiplatform play on all the systems where it will be available: PlayStation 5, PlayStation 4, Xbox Series X, Xbox Series S, Xbox One, Nintendo Switch, Steam, iOS and Android. Also, it will be the first Yu-Gi-Oh! in 4K, although obviously it will only be available in this resolution in systems that support it. And although the official screenshots provided by Konami that accompany this text are in English, the final version of the game will be in Spanish.

Konami wants to go a step beyond what has already been achieved with Duel Links (video game released in 2016, available on Steam, Android and iOS), and make a similar move but with the classic game format instead of the Speed ​​Duels of Duel Links . What does this mean? That this video game will be focused on the “classic” format, with all its idiosyncrasies and Monster types: from Synchrony to Link. We also know that he will use the TCG / OCG Master Rules.

This is Yu-Gi-Oh! Master Duel: trailer for Konami’s new game

Yu-Gi-Oh! Master Duel is a card game in which two players face each other in a Duel. Although there are different victory conditions, the most common is to leave the opponent without LP (Life Points, life points). To do this, they can use three different types of cards: Monsters, Spells, and Traps. Creating a deck or Deck of between 40 and 60 cards using combinations of these three types of cards mentioned above we must face the AI ​​or another player and their respective Deck. This is, roughly, what Yu-Gi-Oh! Master Duel.

At the Master Duel digital event, we were able to observe (but not test) a preview version of the game in which we were shown a bit of the single-player content. There will be many tutorial mode duels, not only for basic game mechanics, but also for more advanced strategies focused on certain families or card archetypes. In this way, we not only know its details, but also its style of play, to be able to decide if it attracts us. These tutorials give us, in addition to the knowledge to overcome them and rewards in the form of cards, fragments of the plot of the archetype. For example, we were able to see a tutorial path focused on Monarchs / Monarchs. Between games there were brief scenes with lore and artworks of several of these monsters.