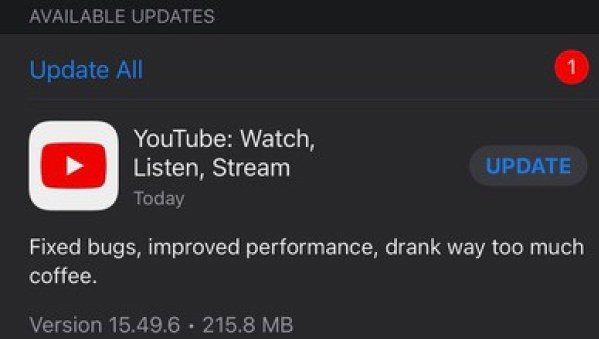 Many developers who have apps on the App Store have taken the necessary steps for this situation and updated their apps to comply with the App Store’s new privacy policy. However, some companies have been too slow in this regard and still haven’t updated their apps. One of them is Google, one of the world’s largest technology companies. Google, which still hasn’t updated many of its apps for iOS, took one of its first steps this morning.

Google updated its YouTube application, the world’s most used video viewing and publishing platform, at 7:00 this morning. In this way, YouTube has been adapted to the new privacy policies of the App Store. What is interesting here is that the YouTube app, which normally gets updates every one or two weeks, has been updated for the first time since December 7, 2020.