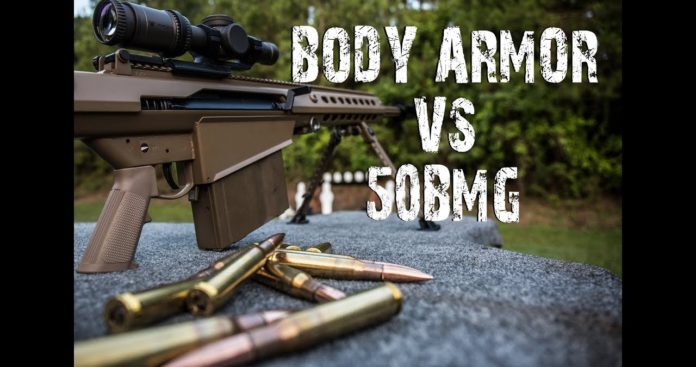 A gun-enthusiast YouTuber tested the vest by firing it with a semi-automatic sniper rifle 20 meters from the world’s first 50 caliber bulletproof vest.

YouTuber, Edwin Sarkissian, is famous for his gun videos. Sarkissian tries different weapons in the videos he broadcasts on his channel and shares his gun experiences with his followers.

In the video he published, Sarkissian first shared how the bulletproof vest stands on himself with his followers. YouTuber, who then placed a bulletproof vest on a table installed in the open area, placed a brick and a wooden block inside the vest. The wooden block was placed in order to understand the effect of the vest after the lead stroke.

Arms enthusiast YouTuber fired at 20 meters from the vest with the semi-automatic sniper rifle Serbu BFG-50, which used 50-caliber bullets after placing the bulletproof vest on the table. YouTuber, who showed the final version of the vest after firing it, showed that the vest did not really lead the lead. However, the brick behind the vest was broken and the wooden block was broken.

In the trial conducted by Sarkissian, 50 caliber bullets passed the ceramic layer. However, another layer on the vest was able to stop the bullet. Sarkissian says that if the vest is exposed to such a shot on a person, the human chest can be broken.

Arms enthusiast YouTuber Edwin Sarkissian’s channel on YouTube follows 2.3 million people. On the Sarkissian channel, he publishes videos such as driving a remote-controlled car full of grenades, shooting a row of pumpkins with a Magnum gun.

YEJI from ITZY celebrates his birthday with the love of MIDZY