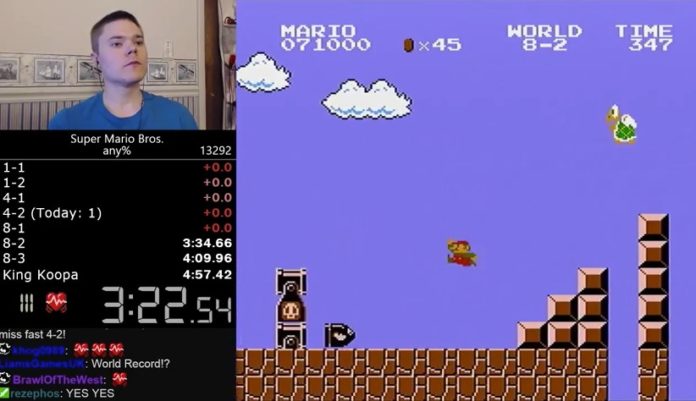 Video games continue to evolve over time. However, this does not mean that the games we played 20-30 years ago are now shelved. Even today, classic games continue to come up with speed records . YouTuber Kosmic managed to break the SpeedRun record in Super Mario Bros. (SpeedRun, the name given to the fastest way to finish a game under certain rules or completely without rules. You can review SpeedRun records for any game on speedrun.com .)

Nostalgic game of NES platform Super Mario Bros. is one of the most popular games for speed experimenters. The players, who find many tricks to finish the legend fast, manage to get ahead of their rivals with their periodic trials. Kosmic has been trying speed records at Mario since 2013 and continues to show how fast the game can be completed.

Kosmic achieved incredible success with his final speed trial on the weekend and shared the record on YouTube. The new record for Mario was 4: 55,646 seconds, and he managed to beat the old record in tenths of a second. Kosmic wrote in the description of the video that he believed that the record could be passed again, but he would not try to break the record again.

Record player, the world’s biggest Super Mario Bros. proved to be one of his actors. Kosmic currently holds world records in the Any% category. In the Any% category, players are not restricted and can take advantage of all kinds of shortcuts and tricks.

Here is the video that Kosmic broke the SpeedRun record in Super Mario Bros.: