Home Celebrity YouTuber, who says I’m in Bali, was in IKEA Store 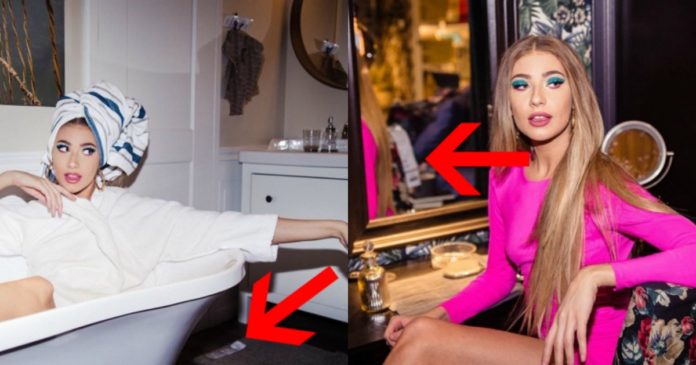 American influencer Natalia Taylor, who has close to 2 million subscribers on YouTube, has shared her photos taken in an IKEA store as if she were on a Bali vacation, and she has placed more than 300 thousand followers on Instagram in the opposite corner.

Social media is actually a huge illusion. The photos, videos, people, and much more that you think are real can often be fiction. Natalia Taylor, one of the most famous influencers of the USA, made an interesting joke to her followers on Instagram. Taylor, who shares her photos taken in an IKEA store as if she is in a luxurious place in Bali, one of Indonesia’s most famous islands, wrote “Queen has come” under her share with the label Bali.

Wearing a pink dress, Taylor chose an IKEA showroom surrounded by wooden walls to make her story more realistic. The famous influencer left many clues to the photographs he took, including IKEA logos and labels, but nevertheless none of his followers questioned the reality of the place in question.

In a video he uploaded to his YouTube channel last week, which has nearly 2 million subscribers, Taylor explained that “the Bali vacation” is completely cheating, “Do not believe everything you see on the Internet. Sometimes people want to lie about who they are and apparently it’s not that hard to do. ” Fortunately Taylor made this statement without jokingly noticing his joke. Because it would have been a little hard to believe in other kinds of followers.

Felix confesses his love for desserts in a new ASMR video

What Happened After Shemar Moore Split?