Home Celebrity A YouTuber Made Its Own Invisible Umbrella 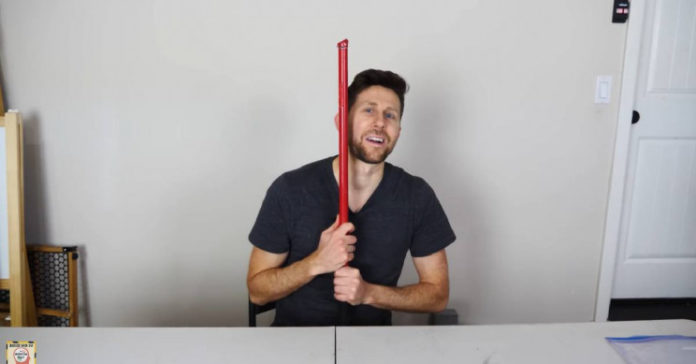 Can you imagine that an umbrella consisting only of the stem protects you from the rain? It is not impossible to implement this crazy idea. In order to develop the idea of ​​the air umbrella, a number of studies are carried out periodically.

In 2016, 102,000 dollars of funds were collected for the air umbrella project. However, the project could not be completed and the money raised for the fund was returned to donors. We can say that YouTuber, which has published a new video in this regard, is more successful.

YouTuber, the owner of the YouTube channel The Action Lab, has designed an umbrella by itself. YouTuber shared a small application of the air umbrella he designed on his channel.

The most important problem developers face in designing an air umbrella is the need for a heavy engine to create a strong airflow to protect people from the pressure of raindrops.

In addition to the weight of the engine, factors such as the rate of rain drops falling on the ground and the average radius of the drops should be taken into account to develop an umbrella. The owner of the channel called The Action Lab was able to develop a small air umbrella. However, we do not know when we can have an air umbrella large enough to protect a person.

Video of the air umbrella developed by YouTuber

Lili Reinhart shocked by the death of George Floyd

CNCO, JONAS BROTHERS AND … A COLLABORATION?