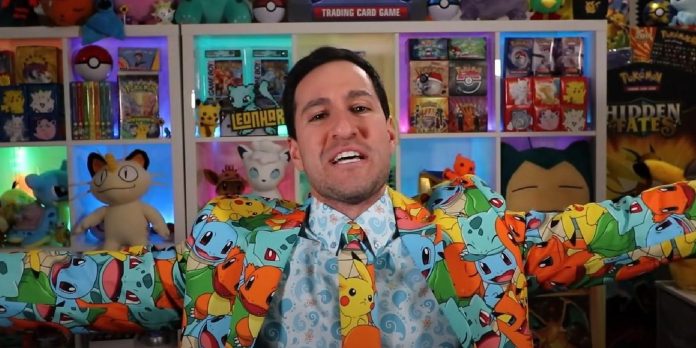 Since Pokemon Red and Green were first released in Japan in 1996, countless unique creations have been created dedicated to the Pokemon universe, and fans continue to celebrate the franchise today. Continuing the trend with a new gaming computer, a Pokemon fan known as YouTuber Leonhart showed off his incredible Pokemon-themed gaming computer.

YouTube content creator Leonhart recently shared his impressive Pokemon-themed gaming PC on Twitter, highlighting the original Pokemon starters and trainer in a short video. Leonhart is a well—known Pokemon YouTuber who has reached almost 2 million subscribers by creating regular openings of Pokemon TCG boosters, shopping videos dedicated to the franchise, and showcases of rare Pokemon goods. Going beyond the official merch, Leonhart took his love of the Pokemon series from his videos to team up with fellow YouTuber Austin Evans to create a completely unique PC inspired by the classic Nintendo and Game Freak IP.

Leonhart’s video showing their Pokemon-themed computer begins with the focus being on the biggest figure in the computer, which stands on a large Nvidia graphics card, the Pokemon trainer. Above the shoulder of the figurine is a fan with LED lighting, which forms a pixel version of the Pokemon trainer, which moves endlessly towards the frame. Under the display of the video card is a trio of starting Pokemon Kanto in areas that resemble biomes in which they will live.

Charmander stands on top of what looks like lava, complete with LEDs that illuminate fire-type Pokemon. The environment of the Bulbasaur is less illuminated, but looks much more lively, since the grass-type Pokemon is appropriately surrounded by vegetation, and a large branching object separates it from the final biome. Squirtle stands by a small pond, which has been carefully placed next to the front of the Pokemon-themed PC, and grassy elements from the Bulbasaurus area flow into the water-type area in front of the RGB fan tower.

Many Pokemon fans took advantage of Leonhart’s video to express their enthusiasm for the creative nature of the PC and celebrated the inclusion of the 1st generation starter Pokemon in it. Leonhart teased other Pokemon fans in the comments about an upcoming studio tour video that will appear on his channel in the future, but it’s currently unclear when it will be uploaded.