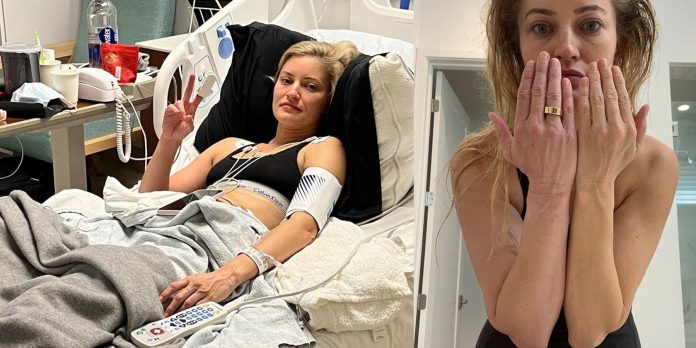 Part of what has made YouTube content creators so popular with the younger generation is how influential influencers can be. They can create commercial work, but at the same time they offer a lens in their real life. This, unfortunately, includes sad and frightening moments in the lives of YouTubers, as in the case of the recent panic about iJustine’s health. iJustine recently shared details about the emergency situation she went through, because of which she was rushed to the hospital for several procedures.

In an interview with Today, iJustine explained that earlier this year, the YouTuber woke up from a feeling of numbness in her hand. At first, the symptom disappeared, but returned later that week and became more serious, which led to swelling to such an extent that her arm turned purple. iJustine described it as her arm swollen to the point where she “couldn’t even bend” it, describing her biceps as so massive that it was like she was “thrown out of the gym.” At that moment, iJustine could not postpone the doctor’s examination and went to the emergency clinic.

Unfortunately, the medical problem of the YouTuber turned out to be much more serious than it might seem from her joking tone. The nurse in the emergency department quickly told her that she needed to go to the emergency department, given the severity of the problem. Once there, she was told that she had deep vein thrombosis and a blood clot on her arm. Although DVT itself is not life-threatening, the blood clot was significant enough that doctors feared it could move from the YouTuber’s hand to her heart or brain.

iJustine was given blood thinning medications and eventually underwent a thrombectomy to remove a blood clot. The first thrombectomy failed to remove the entire blood clot, so the procedure was repeated. According to the YouTuber, she was bedridden throughout the entire process and could not move her arms due to a thrombectomy catheter in one hand and needles in the other. As a result, iJustine spent four days in bed without moving. She documented her emergency hospital visit on her YouTube channel.

Even after two thrombectomies, iJustine operations did not go exactly according to plan. A piece of the blood clot actually moved in her body, moved into her lungs and turned into a pulmonary embolism. In the end, she was lucky, as the pulmonary embolism could be cured with blood thinning drugs.

Ajastin explains that the day before she started having symptoms, she ran seven miles. She moved from daily activities to bedridden due to a very serious medical problem. It just shows that anything can happen. Youtubers are people, and they have the same health problems as everyone else. Since then, iJustine has been diagnosed with chest exit syndrome, which led to compression of blood vessels near her upper rib. Five months later, Ajustin’s health has improved, but she is thinking about having surgery to remove part of the rib for her long-term health. She tells fans of her YouTube channel, “I hate that this happened to me, but I’m so glad I have this platform to let people know.”

Chris Hemsworth’s Wife Thought He Was Too Muscular in the movie...