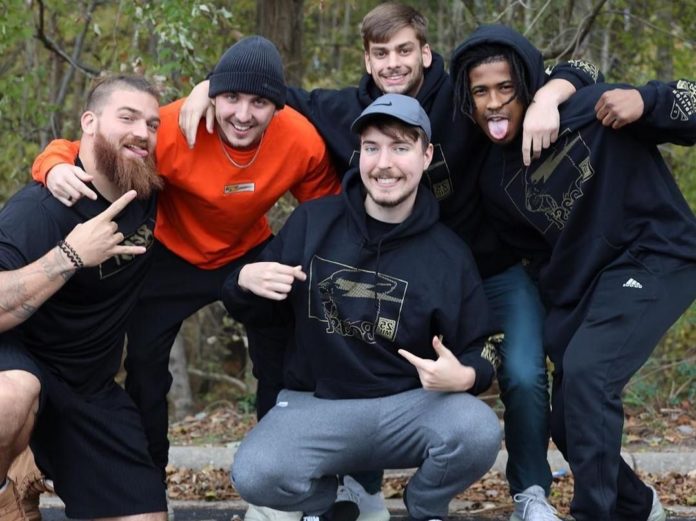 This is the popular youtuber Jimmy Donaldson, or as the internet is best known in the world: MrBeast, who set out to open his own bank by renting a place in the United States dedicated to this and distributed thousands of dollars.

In his video, where he compiles more than 12 minutes, the youtuber dedicated himself to renting the premises and hiring his friends to create his bank, where youtuber distributed the money to random people and, as explained in the same clip, the cash that appears in the video is props, for security reasons, because it says that you can not show so much real money in the recordings.

In the video it is explained that all the people who appear in the video received their respective amounts, so that everyone looks quite happy and how not to be, because even at the time of requesting a loan they were given one, but without return, I mean that they would never have to replace it.

MrBeast made several of the people who received these benefits mourn, as most had some financial problem, so he has helped them unimaginably. Thanks to the generosity of the youtuber, the video has been viralized, together with more than 13 million reproductions, more than 750 thousand likes and a lot of comments where they admire the act of kindness performed by the young man.

Donaldson began YouTube in 2012 at age 13, under the name “MrBeast6000”, its initial content ranged from Let’s Plays to “videos that estimate the wealth of other YouTubers.” However, his videos remained in relative darkness, with an average of around one thousand visits each, until the release of his video “counting to 100,000” in 2017 that “obtained tens of thousands of visits in just a few days.”

As of November 2019, Donaldson has more than 26 million subscribers on YouTube and is managed by the Dallas-based Night Media talent management company. Donaldson’s videos usually feature “acrobatics that attract attention.” He often makes videos about donating thousands of dollars to Twitch streamers, many of these videos are sponsored (although he has donated without a sponsor in the past).