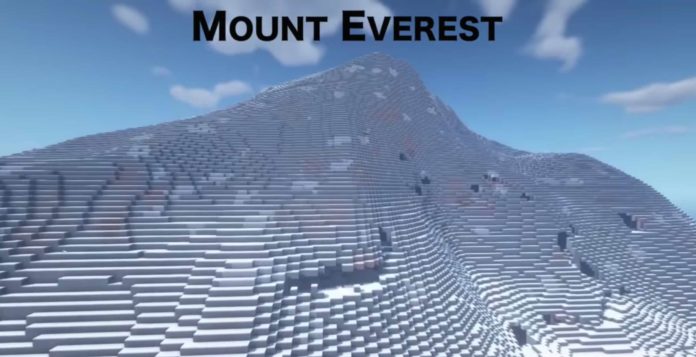 A YouTuber, PippenFTS, announced the project that it will rebuild the Earth on a full scale in Minecraft in a video it shared. YouTuber also asked for help from other people to rebuild the structures.

Minecraft, which was released in 2011 without thinking that it will have such a big impact on the game world, is still a place where millions of players still meet today. Of course, one of the main reasons why the game is so popular is that it offers the opportunity to do everything imaginable.

We have seen thousands of extraordinary projects made in Minecraft so far, but all of these projects we see are the ears of a camel next to the new project started by YouTuber. YouTuber, PippenFTS, announced a new one-to-one World project with the video it shared.

One-to-one world scale will be made in Minecraft:

Although this idea was previously thought of by many Minecraft players, it was confusing how everyone could do such a big project. At this point, PippenFTS enlightened us on how to make its Build The Earth project a reality.

PippenFTS’s plan to move the Earth to Minecraft is a bit easier thanks to two different modes. With Terra 1-1 mode, which is a popular mode in Minecraft, the world can be moved to Minecraft in the most accurate way possible. Of course, this mod has its limits too, and the mod can only carry biomes, general terrain texture and prominent roads into the game.

As can be understood, Terra 1-1 mode cannot bring even the most iconic man-made structures of today to the game. Massive structures like the Great Wall of China and the pyramids in Egypt can only be embroidered on the ground as a flat texture with Terra 1-1.

The second Minecraft mod to help the project is the Cubic Chunks mode. Thanks to this mode, quite high places such as Mount Everest can be transferred to the game regardless of the building limit in the game. When Terra 1-1 mode and Cubic Chunks mode are combined, a map resembling our planet will appear.

The voice of PippenFTS, which wants to help Minecraft to carry the Earth project, has been heard by thousands of people and this number is increasing day by day. As of today, 40,548 people who want to support this crazy project are connected to Dispen server of PippenFTS. You can use this link to browse PippenFTS’s Discord server.

Apple releases images taken with the lens of iPhone 12