Home Celebrity YouTuber Belle Delphine, Who Sells Bath Water, Is Back With A Rap... 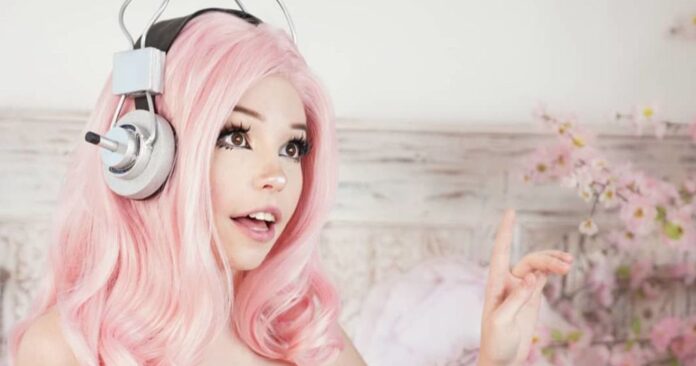 YouTuber, Belle Delphine, who sold her own bath water and then disappeared, announced that she returned with a rap video she published. In the descriptions of the video, YouTuber set fire to false news about him.

In a news we shared with you about a year ago, we mentioned that a YouTuber named Belle Delphine was selling the water it had made and selling it all. Delphine closed the Instagram account immediately after this mind-blowing event and did not appear around for a while. Belle Delphine came back after a long time and made some statements.

Delphine, which has about 1 million subscribers on YouTube, has officially announced that it is back with a rap video released yesterday. Not mentioning why he disappeared in his video, YouTuber also made a statement about the news about the internet. Expressing that in his absence, the bath water he sold allegedly made some people sick, Delphine says that these do not reflect the truth and that he does not hospitalize anyone.

Belle Delphine states that she has a herpes problem, but this is a problem seen in about 90 percent of all people. Delphine, who rebelled against the harshness of the news about him, says the herpes is not sexually transmitted but is exaggerated as if it were. The internet phenomenon wishes to remove the baseless news about it.

Stating that he likes to create cosplay in his explanations on his Patreon profile, Delphine stated that he is currently working to establish a studio and will create cosplay designs in the future.

It is not clear what Belle Delphine will do next. Delphine, which started actively sharing on a platform called OnlyFans, can subscribe for 35 dollars a month. The famous internet phenomenon both shares its own photos and videos on this platform and makes some explanations.

Prequel to be developed 90 years before Game of Thrones