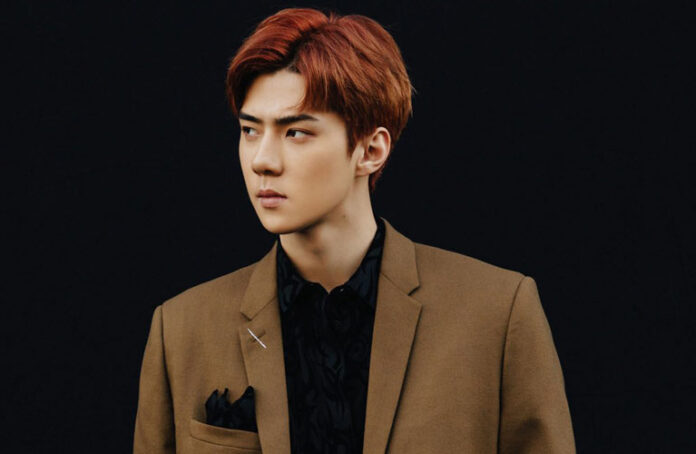 The famous Auronplay decided to share his own idol fancam.

The K-pop has gained great popularity in recent years, various groups have earned the affection of the fans and have great support from you, which allows them international tours or have collaborations with other artists.

Social media has also served as a means to spread and viralize their music, which is why some industry or internet celebs have declared themselves fans of some groups or idols, recently, a famous YouTuber showed their fanaticism for EXO’s Sehun.

Auronplay, a famous YouTube gamer belonging to Karmaland , a group of YouTubers that broadcast the Minecraft video game, was trending on Twitter for joining the dynamic of sharing a K-pop fancam.

It all started because one of his friends asked why he posted choreography videos, so he decided to play a prank on him, but the YouTuber surprised the EXO-Ls by sharing a video of Sehun during a “Tempo” performance .

Some fans were excited, because the gamer did not even re-upload the fancam, instead he uploaded the video.

It is not the first time that the YouTuber interacts with the group, he previously mentioned Chanyeol in one of his live shows. K-pop has become a musical phenomenon.

It’s not the first time that a non-K-pop celeb has shown their support for an EXO member, previously Liam Payne thanked Baekhyun for recommending his music , no doubt idols and genre are becoming increasingly well-known and viral. in the networks.

FANS WORRY ABOUT SEHUN AND HIS MENTAL HEALTH