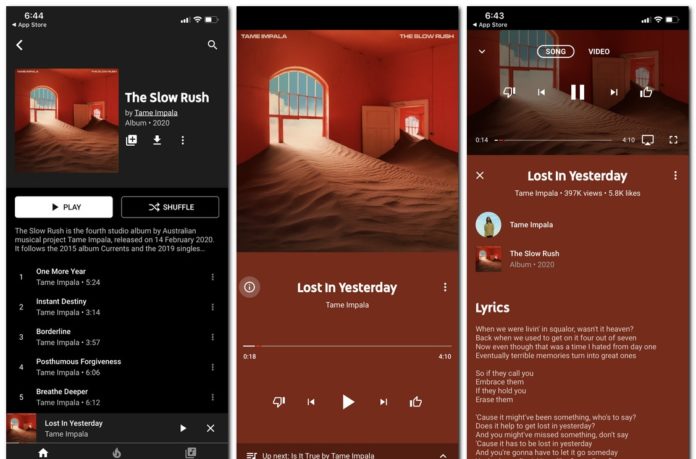 With the new update to the YouTube Music app, users can now instantly view the lyrics in different languages. YouTube also announced it is working to bring lyrics support to the web version.

A new update has been released that brings lyrics support to the Android and iOS versions of YouTube Music. Users can now view the lyrics in the app while listening to music on their mobile device.

While listening to music, it is possible to open the lyrics by touching the “i” button on the left side of the player screen. Lyrics appear at the bottom of the music screen. Unfortunately, the app is unable to show lyrics especially for new songs.

Apple Music and Spotify can also show lyrics in some songs in sync with the music. However, in YouTube Music, the lyrics appear steadily on the screen. So if you want to follow the lyrics while listening to the song, you have to manually scroll down the screen.

YouTube has stated that the lyrics are updated daily via LyricFind, but has not shared a timeline for how long it will take to arrive for unsupported songs. Lyrics are not currently supported on the web version of YouTube Music, but YouTube says it is actively working on this feature.