Home Entertainment YouTube Music Adds A Switch To See The Video On The Screen... 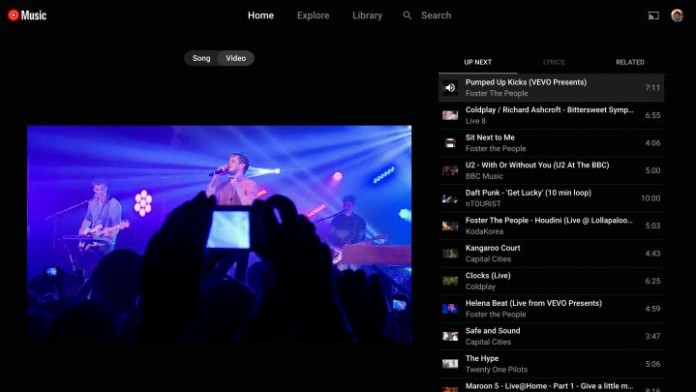 YouTube Music: Google is doing everything it can to jump on the bandwagon of Internet music services. We recently saw that Google Music no longer exists and, in its place, YouTube Music has remained. The application is one of the most important libraries in the entire Network and finally adds an interesting feature so that users can switch between the function of the song with only audio or the version with the video.

On YouTube you can listen to all kinds of videos, but there are not a few who enter looking for a really great audio source in which to spend hours. Of course, you can find videos that last hours with different songs or, on the contrary, choose an account of your favorite artists and play their entire playlist with all the songs they have as a video clip.

If you are a regular user of the platform and its exclusive version of music, you will know that you can keep those playlists active, but with the new function you will have the possibility to switch between the album cover and the video clip that is playing. This is achieved using the new button that the firm has implemented, which is located in the upper central part of the interface.

According to 9to5Google, the company has been testing this feature for a while and it seems that it will finally begin its distribution for all users. This will help many to choose between whether they want to see the cover of the device or keep the video hidden so that you don’t get distracted by moving images and keep looking for other songs to get back to work. There will be time to go back to that video and see what the dance is like.

At the moment, this feature may take time to arrive, but it is a fact that its implementation is already in operation and it is a matter of time before we see it in our country.