Home Entertainment Youtube Minecraft Creates a Way to Empty the Oceans With a Single... 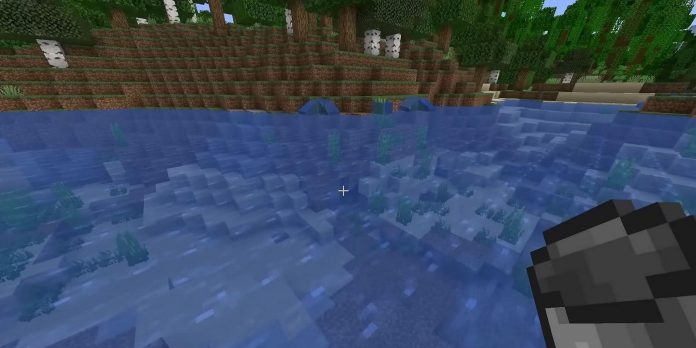 There will be people reading this who have pretty much grown up on Minecraft. Although some may still think of it as a video game that is more suitable for children, gamers of all ages like it. The reason for its continued success lies in the simplicity of the design, but the complexity is what it offers to fans. This gives the player the opportunity to unleash their creativity, and sometimes there are ideas that even the game itself probably did not take into account.

As a YouTuber specializing in Minecraft content, Fandi is known for having created several interesting and ambitious projects in the name of the Mojang sandbox. However, their latest video shows them messing around with coding and trying to see what strange and wonderful things they can implement. One of these things is a bucket, which, when used to bring water, will make the whole area disappear, be it a pond or an entire river. One part of the video shows that they can even empty an entire ocean of water.

In addition, they are also experimenting with TNT. In this case, when one explodes, it generates more, which in turn generate even more in an ever-growing cavalcade of explosives. With some refinement of the code, Fandi even managed to create some beautiful circles formed from exploded TNT. While Minecraft may be a game about enjoying small things like music or mining precious minerals, this YouTuber has a reputation for pursuing higher goals.

Although this latest video is more about experiments, in the past, Fundy has done some pretty interesting builds. Some time ago they were able to create a giant version of Tetris in Minecraft. They also made their own horror-themed Pac-Man game, which the YouTuber briefly mentions in this recent video. It really shows that there is a lot more to be created in the game than some might think.

Despite the fact that it was released in 2009, Minecraft is still one of the best-selling video games of this year, along with more modern releases such as Elden Ring and Horizon Forbidden West. It has stood the test of time over the last decade or so, and with people like Fundy trying out some interesting ideas, not to mention a lot of incredible structures built by fans, this blocky game is likely to stay on top for a little longer.

Hitman 3 Reveals The Contents of Season of Pride: Free Locations,...