Home Entertainment YouTube: Explanation of the Game On Feud with Markiplier 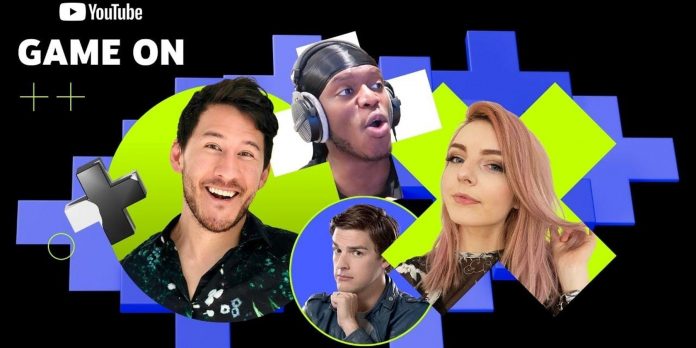 YouTube recently held an interactive live broadcast called “Game On”, which was attended by popular creators on the platform, but some questionable decisions led to problems between the company and the famous YouTuber Markiplier. The piece has since been uploaded to Markiplier’s channel, but he and his fans are understandably upset by YouTube’s actions.

Markiplier has been creating content on YouTube for a long time, having released thousands of videos, ranging from video blogs to horror games. However, the YouTube: Game On event has led to some friction between the creator and the company.

YouTube: Game On was announced in early August. His commercial promised viewers a live interactive event with the largest creators on the platform. Some of the most recognizable names include MatPat, Jacksepticeye and, of course, Markiplier. The event itself will also feature interactive segments of games such as Minecraft, Among Us and Fortnite.

Scheduled for August 27, users were excited to see how interactive the event would be. They were even more excited to see some of their favorite YouTubers participate in the program. Unfortunately, fans who were waiting for the Marker segment will be very disappointed.

When the event finally started, Markiplier shared a link to the live broadcast on his Twitter page, and YouTube even responded to the tweet, encouraging users to join him. However, in the real broadcast, the Marker segment was interrupted. Instead of an interactive game, a small part of his footage was used as an intermission.

The community quickly noticed this. Markiplier expressed his disappointment on Twitter, as interactive videos were something he and other creators (namely, Nerd Fiction, rad_R, LixianTV and Nervly) worked hard on. The Markiplier segment was supposed to be an interactive analog horror-style game featuring creepy edits by popular YouTube creators. Unfortunately, the viewers who tuned in couldn’t see it.

After the live broadcast, Markiplier uploaded the entire interactive fragment to his channel and called the first video “YouTube Cut This Content”. A series of videos played as a “Choose Your Own Adventure” game, using video recommendations on the final screen, allowing viewers to choose from the options offered. The goal was to choose the right choice and come to a “good ending”.

While Markiplier fans enjoyed the new interactive video series, others accused YouTube of hasty and unprofessional decisions. Firstly, the Marker was not informed that his fragment would be cut during the live broadcast. Worse, the company posted his image in all the promotional materials of the event. None of these actions put the company in a favorable light. On the contrary, it seems that YouTube is simply using the name and image of Markiplier to promote the event.

Some users suggest that YouTube’s decision may have something to do with the video of the Marker called “Try not to take part in age-restricted trials.” In it, the Marker does not very subtly point out the platform’s inconsistent decisions regarding age-restricted content. The video was released in response to the problems associated with the passage of The Mortuary Assistant, in particular CoryxKenshin. And, remarkably, it came out right before the premiere of YouTube: Game On.

If this is the reason why YouTube cut the Markiplier segment, it only paints the company in an even more negative light. Instead of engaging in a dialogue with the participating creators to discuss what the platform can improve, this can be seen as punishing YouTube for their rightful resistance to unfair decisions. However, this is purely speculation. It’s hard to prove that the Game On incident is directly related to Markiplier’s video calling for the platform’s age restriction policy.

Grey’s Anatomy Season 18: New complaint from fans about the inappropriate...

The “Hunger Games” prequel received a “Suicide Squad” star in a...