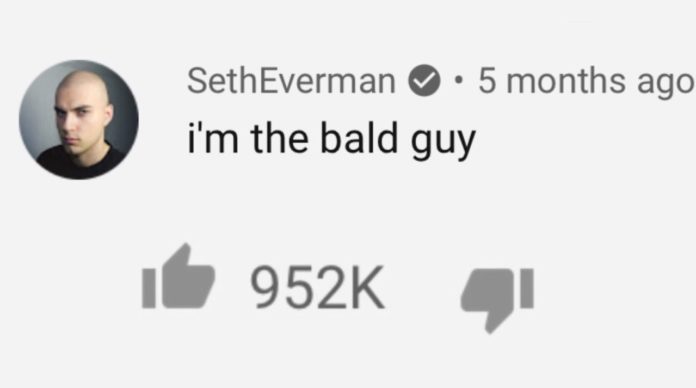 A fan of Billie Eilish accomplished the impossible. For the first time in YouTube history, a comment reached a million likes.

This is a comment made by the user named Seth Everman. In the video clip “Bad Guy” by Billie Eilish, Seth played a pun with the title of the song and apparently it was so funny that more than a million people liked it.

“I’m the bald guy (I am the bald guy),” was the comment that everyone loved and that is that it refers to the original title “Bad Guy.” Without a doubt a great moment of creativity.

Seth Everman did not want to miss the opportunity and already made the news on Twitter, a situation that increased his likes in a few hours.

Qualcomm Strives to Obtain License to Sell Chip to Huawei

Kim Kardashian is unanimous with this photo from 2009!

The Other Side, new suspense drama for the weekend

How to watch the Champions League match live?

Meet some challenges involving the survival of satellites