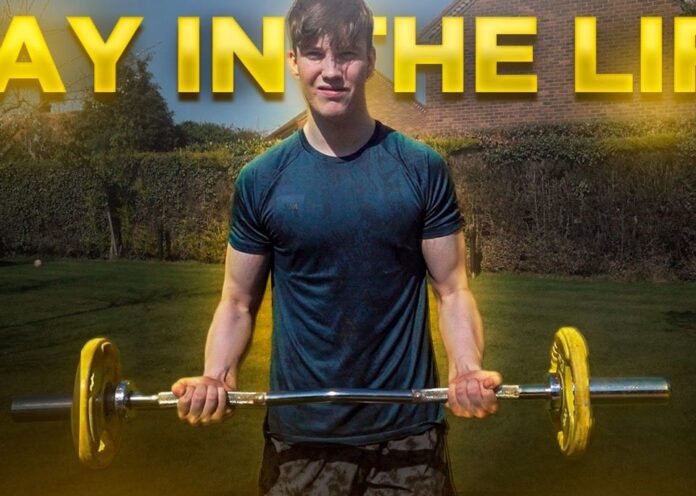 An 18-year-old teenager who lives in the UK and publishes fitness videos on YouTube, where 139,000 subscribers, announced how much he earned from this job in a month. Saying that he looks at YouTube with a full-time job, the teenager plans to take a one-year break from the university to focus on his channel.

What is needed to earn money by owning a channel on the world famous video sharing site YouTube? It seems that how much YouTube channels with at least 100,000 subscribers earn their creators depends on the content of the videos on the channel and what kind of viewers are attracted to them. For example, 18-year-old Joe Farrington, who lives in the UK, shoots and broadcasts fitness videos on his channel named ‘Joe Fazer’, which is subscribed to 139,000 people, and says he sees YouTube as a ‘full-time job’.

Farrington started its YouTube channel in 2012 and has set up different channels to date. The 18-year-old says that he earned the money through sponsors and advertisements in his videos. Farrington, who started fitness before creating this channel, shared the transformation she experienced and became viral on the internet and watched 26 million times.

Google AdSense makes money
Video creators on YouTube are making money through Google AdSense, which works in a method called ‘CPM rate’. CPM or ‘Cost per 1,000 video views’ varies from manufacturer to producer, and no producer has the same CPM rate. CPM depends on many factors: from where viewers normally drop in the video, to the advertisers the video attracts. Many creators have various ad placement strategies to earn as much money as possible.

For example, advertisers pay more for business related videos that provide information than vlog-style videos. The rate also varies according to the season. For example, low CPM rates at the beginning of the year may be replaced by higher rates towards the end of the year. Videos containing profanity or copyrighted music can be flagged and credited by YouTube. In this case, the creator either makes very hard money or not at all. David Dobrik, one of the biggest stars of YouTube, said he earned only about $ 2,000 a month from AdSense, although his videos were watched an average of 10 million times a week.

Farrington, who gained fame 2 years ago with his video showing how his body changed with fitness, earned $ 8,000 through AdSense from this video. As a reminder, this video was watched 26 million times in total. Thanks to this video, Farrington earns around 60,000 subscribers and earns around $ 560 per month on his channel. The young YouTube star says that the proportion of money from sponsorship deals and 70 percent of money from YouTube is 30 percent. Farrington has a long-term sponsorship deal with UK’s popular protein powder company My Protein.

However, it is stated that AdSense revenues have dropped dramatically due to ads reorganized due to the coronavirus outbreak. Farrington says the number of views has doubled, but their income is halved. Farrington is considering leaving the university he was studying this autumn for a year and focusing on his YouTube channel.

Web Site Offering Office Environment for Those Who Cannot Get Used...