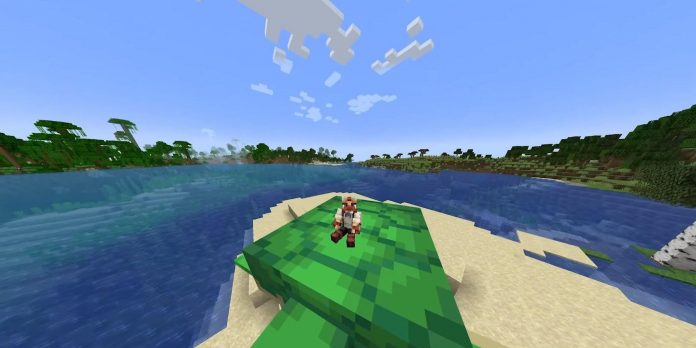 Despite the fact that it is more than a decade old, and the alpha version was released in 2009, Minecraft is still a subject of discussion when it comes to games. However, not all of this is good, as Mojang has stated that it will not abandon its new controversial reporting system, despite the violent reaction of the community. Aside from this ugliness, it’s still one of the biggest games in the world at the moment, and one fan wonders if it’s possible to upgrade the game with artificial intelligence.

As PCGamesN noticed, YouTuber SystemZee used machine learning to add new resources to Minecraft. Turning to the AI part for some ideas, asking what should be added to the game, quite interesting things are realized as a result. One such example was the grappling hook, which helps the player move around the map much faster. There was also a bow that shoots lava instead of arrows, an elephant, a man-eating plant, and an enderman who is actually a Creeper. All this was done with the help of suggestions from artificial intelligence.

Some of what SystemZee has implemented may well be suitable for a vanilla game, for example, a giant sea turtle that players can ride. This is also not the first time something like this has been done. Recently, Mysticat, a YouTuber, started adding its own Minecraft textures created with the help of artificial intelligence. The result in this case was a little more terrifying than in this more recent example, but both ideas show how far machine learning has come.

In fact, things get even more interesting when the research team taught the AI to play Minecraft in such a way that it was almost indistinguishable from a human player. After more than 70,000 hours of watching online videos, the algorithm was able to reproduce the basics of the game, but eventually was able to perform more complex tasks, such as searching for objects in villages, creating a workbench, and even making a diamond pickaxe out of diamonds. he got it.

Considering that Mojang’s open-world IP sandbox is a game that doesn’t need a high—performance PC, it’s no surprise that so many people are still playing it to this day. It also seems that artificial intelligence is coming into play, and it will be interesting to see what else machines can do in Minecraft, or even if they can be taught to play other games.