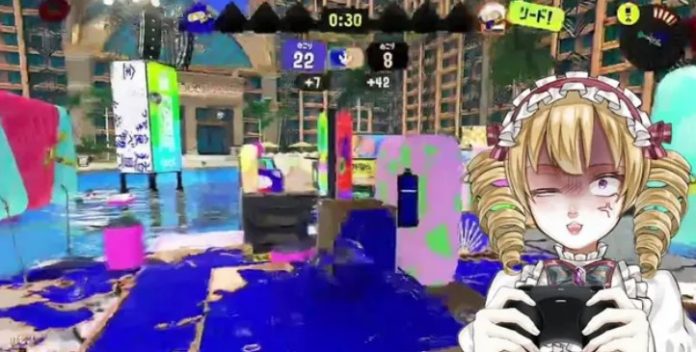 Several VTubers have been blocked on YouTube after streaming adult movies in Splatoon 3 using ink shells as a pseudo-green screen to show adult content.

YouTube and Nintendo took action after VTubers decided to hold a contest, which Twitter has since dubbed “Splatoon Adult Video,” which has become popular on social media.

According to reports, the VTubing Sinsogumi group set the Splatoon 3 ink transparency to zero, and when they shot the opposite team’s ink color, an adult video was played on top of it. Apparently, it was a video in which one of the participants of VTuber Hinachun appeared.

An archived tweet from one of the participants says that the party blocked on YouTube will lose the contest, assuming that all participants knew they were breaking the rules.

At the moment, several VTubers have been banned, and the accounts of Ikinone Tomeru and Kikaze Kimono have been deleted. Going to their pages now leads to a message that reads: “This account has been removed due to numerous or serious violations of YouTube’s nudity or sexual content policy.”

Meanwhile, Sigure’s channel was deleted during the broadcast, becoming one of the first to suffer the consequences on YouTube.

Many of the participants apologized, and the leader of the group Ikinone said: “I took the violation of the terms of service lightly and just jumped at a new and interesting idea.”

Meanwhile, Shinsogumi’s Twitter account announced that he plans to reprimand Ikinone, but nothing is known about the punishment yet.

Nintendo also responded to the fraud by tweeting that “use that violates public order and morality, actions that intentionally mislead the rules of the game, actions that cause significant damage to the value of the game, characters and the world, as well as actions that encourage or use them to their advantage, will be removed or applied according to the law.”

Horoscope for the week: October 2 – October 8