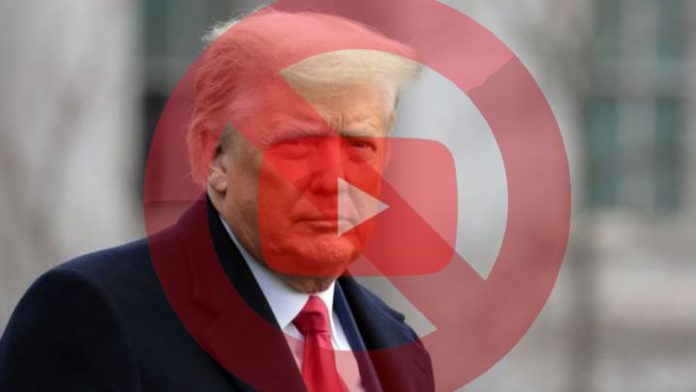 Since the unexpected assault on the Capitol took place last week, all eyes and lights are on the person of the still president of the United States, Donald Trump. There is no doubt about the great influence that Trump has among his loyal followers and that is why we saw how in the days following the assault, Twitter, Instagram and Facebook made the decision to remove certain publications and block Trump’s account.

Well, just a few days after the appointment of Biden as president of the United States, Google has followed the same and has blocked the personal account of the still President Trump. It seems that YouTube would be concerned about the recent messages from Donald Trump through the platform, since they could again incite violence.

As a preventive measure, YouTube has decided to block Trump’s account so that he cannot upload new content. This is the first Strike, which is what Google calls notices for breaching any of the platform’s rules. We could say that it is like the first notice so that the Trump account can be blocked or permanently deleted.

On this occasion, the personal account of the President of the United States will remain blocked for seven days. Time in which you will not be able to upload new content to the platform. For a long time, Donald Trump has taken advantage of social networks to reach millions of people easily and quickly, but since what happened on January 6, he has not only lost the support of many people, but has also seen how social networks Socialists have decided to suspend their accounts to prevent Trump from using them again to incite violence.

First it was Twitter, Facebook and Instagram and now Google is also joining with the blocking of the president’s personal YouTube account. We have also seen how in previous days, the Parler app in which Trump and his supporters used to make little moderate publications, disappeared from official stores and Amazon left it without servers.

In view of the content published in recent days and the concern about incitement to violence, YouTube has made the decision to remove certain content recently uploaded to Donald Trump’s channel and the account has been blocked from uploading any videos during the next seven days and has disabled comments on the channel indefinitely for security reasons. Among the latest videos published on Trump’s channel, one could find one in which the president himself addressed some media in a threatening way for having also blocked him in his media.