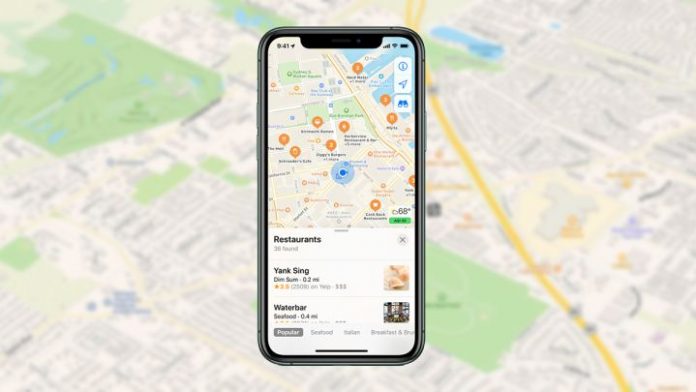 Apple offers numerous applications for its users to have all kinds of utilities on their smartphone. One of them has to do with the location of users and their position on the map, which responds to that simple name: Maps. And it is now when the Cupertino people take the initiative to show you the transit of people in a place that you have selected.

Apple is desperately struggling to beat one of its great rivals on its own turf. We are talking about Google and the applications it has available for iOS users. Among them there is one that has hardly any rival and is none other than Google Maps. It offers complete information on the route you take and has the factor of being the most famous.

That’s why the Cupertino people want their apps to be the most used, at least at home. Now it seems that you want to give your users more reasons to stay in their own applications with a new function for maps. This consists of visualizing how busy a place is whenever it is of interest. This feature does not come as such in its counterpart of the big G, but it comes as added information when making a query in the search engine.

Your location is the key to this feature

Surely, as a user, it helps you to know through Maps how busy a site is. However, what seems like a breakthrough has its trick. It turns out that the bitten apple will collect your location data anonymously from the place where it is and will cross it with that of the multitude of people who are there at that time. This way you will get an idea of ​​whether it is a place where you can go, especially in these times when social distance is a necessity.