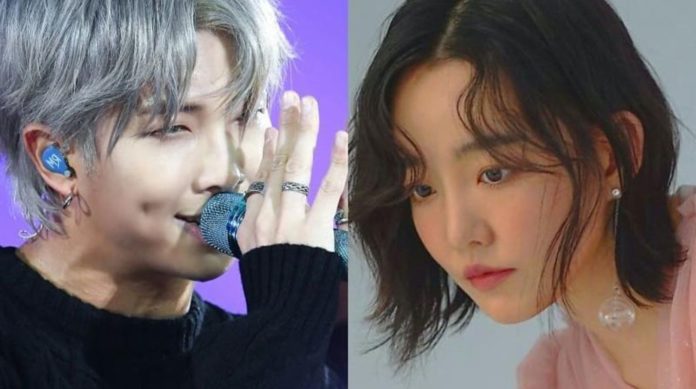 Younha and RM premiere the official ‘Winter Flower’ video. The animated clip shows a metaphor that accompanies the beautiful lyrics of the song.

The singer of the company C9 Entertainment released through the channel 1theK on YouTube , the music video for Winter Fower, the song in which RM placed. It is an animated MV where a girl protects a cherry tree in the hope of seeing it bloom again.

At some point, the video refers us to the story of The Little Prince , while we see the girl and the tree standing out with great size on a planet. As the animation moves away, other stars appear, creating an environment similar to that of the little prince who took care of a flower.

Frequent snowstorms jeopardize the safety of the tree, which has lost its flowers and has remained in only branches, the most fragile are broken by strong wind currents and the girl can only hug him to hold on to him.

Sharing difficult moments by her side, the girl manages to generate a layer of protection for her and for the tree, all thanks to the love in her heart. However, the storm could break it, leaving them exposed again. Eventually the cherry tree grows, strengthens and blooms again , returning the smile to the young woman who took care of him.

Younha’s soft voice contrasts with RM’s rap , creating a harmony like no other . At the beginning of the song we listen to RM repeating ‘Resist’ and that is just what the girl had to do while enduring the difficulties next to her precious tree, the story is a metaphor that is explained with the help of the song’s lyrics.

In Younha’s melodious voice we hear, ‘I will remove it before you stumble, I will stay by your side until you survive with the hope that you will flourish.’ So it is a story of loyalty and accompaniment through difficulties , just what must be done to show our affection and support to those we love.

Fans think the drama should end at the end