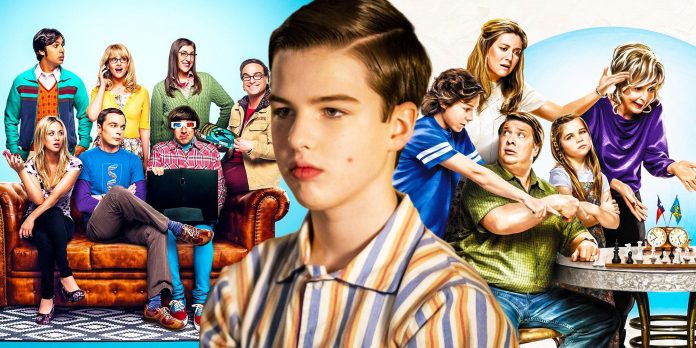 As we move forward, Young Sheldon will continue to break away from the Big Bang Theory, and that’s great. Debuting in 2017, the main CBS comedy received the green light as a companion series to the long-running sitcom focused on geeks, and also benefited from its popularity at a time when Young Sheldon relied heavily on his connections with the “Big Bang Theory”. Despite the fact that mostly individual stories were told, the spin-off regularly used references to its parent series, and the network even arranged a one-time special crossover between the series to strengthen their connection.

However, since the end of “The Big Bang Theory” in 2019, the Young Sheldon has been standing independently. The CBS series took some time to find its own basis, especially since it was hampered by the constant creation of plot inconsistencies, but now “Young Sheldon” has established itself as the new main CBS comedy. The fifth season of “Young Sheldon” became a transitional point for the series, as it touched on more mature topics, including news about the accidental pregnancy of Georgie (Montana Jordan), the depression of Paige (McKenna Grace) and the difficult marriage of George (Lance Barber) and Mary (Zoe Perry). .

Moving forward, Barber reveals that there will be more drama for the Coopers in season 6 of Young Sheldon, hinting that this transformation of the series will continue. This means that the prequel will continue to break away from its parent series, which, in fact, is beneficial to it. Instead of being a simple sitcom, “Young Sheldon” can now be more of a family comedy/drama, which means it tackles more mundane issues that would allow it to focus on all members of the Cooper family rather than Sheldon. It also allows the spin-off to organically include an upcoming storyline about George’s infidelity— a narrative he has actively avoided over the past few years because it could potentially be too dark for a traditional sitcom.

There is no doubt that young Sheldon stands on the shoulders of the success of the “Big Bang Theory”. He relied on the popularity of his parent series for years to establish himself, and it was easier for him to do so compared to brand new shows that didn’t have a well-known public brand. At the same time, in addition to the common characters, there are practically no similarities between the shows at the moment. “The Big Bang Theory,” like “Friends” and “Seinfeld,” is peer-oriented and mixed with pop culture and references to science. Young Sheldon, on the other hand, is more family oriented; Apart from Sheldon’s narration, he has nothing to do with his parent series. Instead, each member of the Cooper clan has their own sympathies and interests, as well as personal difficulties, which are emphasized in the corresponding arches. “Young Sheldon” shows itself best when it highlights all these very human problems, and does not just focus on Sheldon in an attempt to build on its connections with the “Big Bang Theory”.

All of this does not mean that the series can frivolously contradict the “Big Bang Theory”, because there are ways to comply with the canon, while continuing to create its own unique narrative. This means that “Young Sheldon” should be able to create its own comedy identity separate from its parent series, especially since “The Big Bang Theory” has also been widely criticized from time to time for its humor, ensuring that the main CBS comedy series will finally establish a solid dramatic identity. his own.

Young Sheldon will return in the sixth season on CBS.

Valve Has “good news” about the availability of Steam Deck