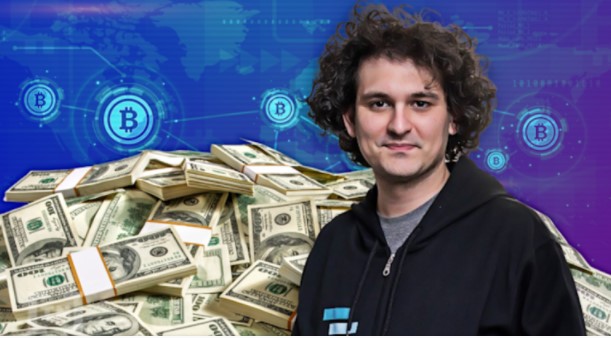 The FTX crypto exchange is currently valued at $32 billion even though it was founded only in 2019. Sam Bankman-Fried founded FTX after being annoyed by the ‘lousy’ trades. The 29-year-old crypto billionaire explains how the company has grown so quickly and has earned him more than $24 billion.

How the crypto billionaire founded the FTX crypto exchange

At the heart of the billionaire’s fortune is the FTX exchange, which he co-founded in 2019 and is now one of the largest cryptocurrency trading centers in the world. The Bahamas-based stock market reached a valuation of $32 billion last month, when it raised $400 million from renowned investment firms such as SoftBank, Tiger Global and Temasek. The US division of FTX is valued at $8 billion.

The FTX exchange is now more valuable than Twitter, stock market giant Nasdaq and German Deutsche Bank. Not bad for a three-year-old company. The crypto billionaire graduated from MIT with a physics degree and then got a job at Wall Street trading firm Jane Street in 2014. Three years later, he founded Alameda Research, a crypto trading company that made big money in a short time by taking advantage of price differences in global markets.

By 2018, he had realized that existing crypto exchanges were not very good: They were problematic, insecure, and had almost no customer support. “This is really awful right now and I said we can do better than that,” explains Sam Bankman-Fried.

Sam Bankman-Fried and co-founder Gary Wang, an MIT graduate and former Google software engineer, thought they probably had the technical knowledge to build a stock market. The key question was: Will they be able to attract customers? “Responses ranged from probably no to absolutely no,” said Bankman-Fried. “I was the most optimistic, like 20%,” he says.

But gradually the customers came. People started to talk about the new change on social media and to tell their friends. The trickle turned into a flood in 2021: FTX had 5 million users by the end of the year, and daily volume hit a record $60 billion in May.

What is the secret of the company’s success?

The crypto billionaire says that a key part of FTX’s success is that crashes are extremely rare. On top of that, traders are drawn to its policy, which allows them to have a single account where their margin balances balance each other, rather than multiple margin accounts.

And they love the complex crypto derivatives that FTX specializes in, allowing them to bet on the future prices of major tokens like Bitcoin and Ethereum. However, as a risky trading center, FTX is in the spotlight of regulators and legislators. Sam Bankman-Fried found himself asking Democrat Senator Sherrod Brown in Congress last week, “Is it thoughtless for crypto companies to get rich by selling such a dangerous and risky product to Americans?”

FTX users are split roughly 50/50 between individual and institutional investors. However, institutions such as high-frequency trading firms, hedge funds and family offices account for around 80% of revenue and volume. This contrasts sharply with Coinbase, the largest US exchange that derives the vast majority of its revenue from retail traders.

Originally four employees, FTX now employs around 250 people. By contrast, Deutsche Bank, which is worth $4 billion less than FTX, has more than 80,000 employees. Investors are eager to buy a share, but Sam Bankman-Fried says he doesn’t feel any pressure to go public. We do not need capital, we are profitable. “We will do the right thing for the company.”

Billions Flowed from Tether Treasury to Binance! What is the reason?