Home News From Young Climate Activists to Leaders: ‘You Stole My Dreams ’

16-year-old climate activist Greta Thunberg spoke at the opening of the Climate Summit held within the scope of the United Nations General Assembly. How dare you? Asked the young activist, accusing world leaders of not taking strong enough measures to tackle climate change. 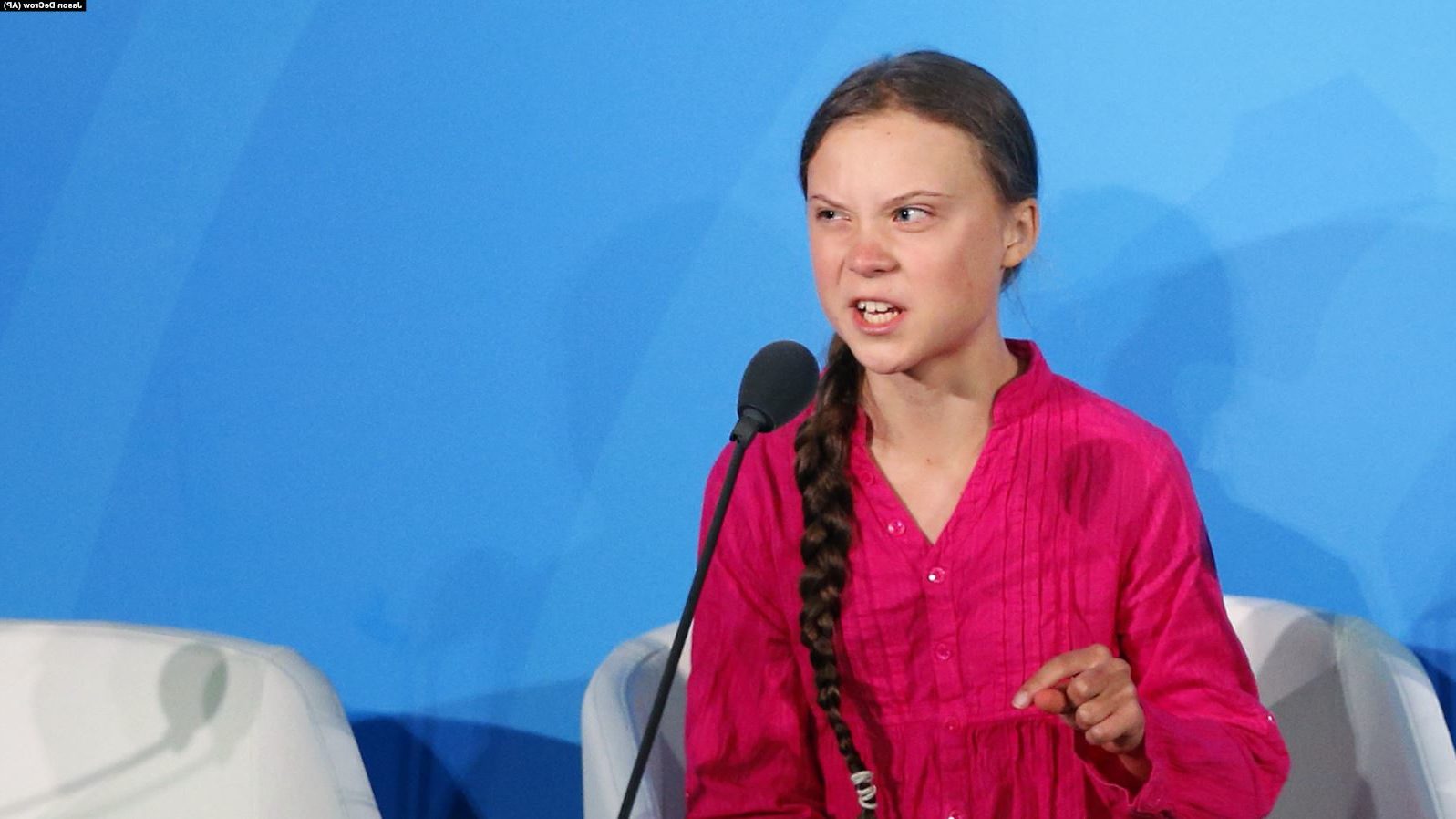 Two days after millions of young people from around the world took to the streets to call for urgent action on climate change, the leaders met for UN General Assembly meetings in New York. At a time when efforts to reduce carbon emissions were blocked, delegates gathered at the UN Climate Summit to re-accelerate the process.

The young activist addressed the delegates with an emotional speech. Her voice trembled from time to time, but she gave sharp and clear messages in the opening speech of the summit.

Thunberg, the generation of the world’s most polluting it and the generation of the extreme effects of climate change, leaving it alone, she said. That’s wrong, says Thunberg. I’m not supposed to be having this conversation here. I’m supposed to be at school on the other side of the ocean, but you’re all coming to us for hope. How dare you?. You stole my dreams and my childhood with your empty words, said the young activist.

UN Secretary General: “We are in a deep climate pit ”

UN Secretary-General Antonio Guterres, who convened the Climate Summit, called on governments to propose concrete action plans ahead of the summit and call on them to speak, gelin Come if you have a positive word to say. Do not come if you give bad news ”message.

In her speech at the opening of the summit, the UN Secretary General said: “Nature is angry. We’re fooling ourselves into thinking we can fool nature. Nature always avenges and responds with anger all over the world. I

UN Secretary General “Everything has a price. But the biggest price is to do nothing. The biggest price is to give financial support to the dying fuel industry, to build more thermal power plants and to deny the fact that it is as clear as the day: We are in a deep climate pit and we have to stop digging the pit first to get out of it. ”

Trump seen at a summit

US President Donald Trump and Brazilian President Jair Bolsonaro, known to be skeptical about climate change, were not expected to attend the climate session.

However, Trump, who annulled every law aimed at combating climate change, was seen in the hall with Vice President Mike Pence and Secretary of State Mike Pompeo when some leaders began to speak after the speeches of young activists. Trump listened to the speeches of German Chancellor Angela Merkel and Indian Prime Minister Narendra Modi.

New York Mayor Bill de Blasio, the United Nations special envoy on climate, also told Trump, ler Thank you for visiting the summit. I hope that our consultations here will help you in creating your climate policy. Al

German Chancellor Merkel announced that Germany will increase the contribution of the United Nations to the climate change fund of underdeveloped countries from 2 billion dollars to 4 billion dollars.

Scientists are warning that the gravity of the crisis has risen further since a consensus has been reached on the Paris climate agreement, as sea levels rise faster than expected, and extreme weather conditions are seen in the world.

Scientists warn that the commitments made so far under the agreement are not enough to prevent a catastrophic global warming and that carbon emissions have reached a record level last year.

UN Secretary-General Guterres has warned that no new thermal plants will be built by 2020 since last year, and calls on countries to gradually reduce their incentives for fossil fuels.

While some countries are making progress, the countries that produce the most carbon emissions in the world are lagging behind, despite the fact that fires and record-high temperatures provide a clue as to what kind of destruction would bring a warmer world.

Pope calls for “responsibility and courage”

Another sign of the gap between climate scientists and governments is that 14 countries responsible for a quarter of global emissions have signaled that they do not intend to review their current climate plans by 2020.

Pope Francis, the spiritual leader of the Catholic world, sent a visual message to the UN climate conference, calling for dürüst honesty, responsibility and courage to tackle the most serious and worrying phenomenon of today ”.

Describing climate change as a challenge facing civilization, Pope Francis said, da Although the situation is not good and the planet is suffering, the window of opportunity is still open. Let’s not let it go. Let’s keep this window of opportunity open by showing determination to provide a better life for human development and future generations. This is their future, not ours. Kul

Pope Francis, who called for the gradual abandonment of fossil fuels, said the climate change crisis should encourage people to rethink their production and consumption patterns.